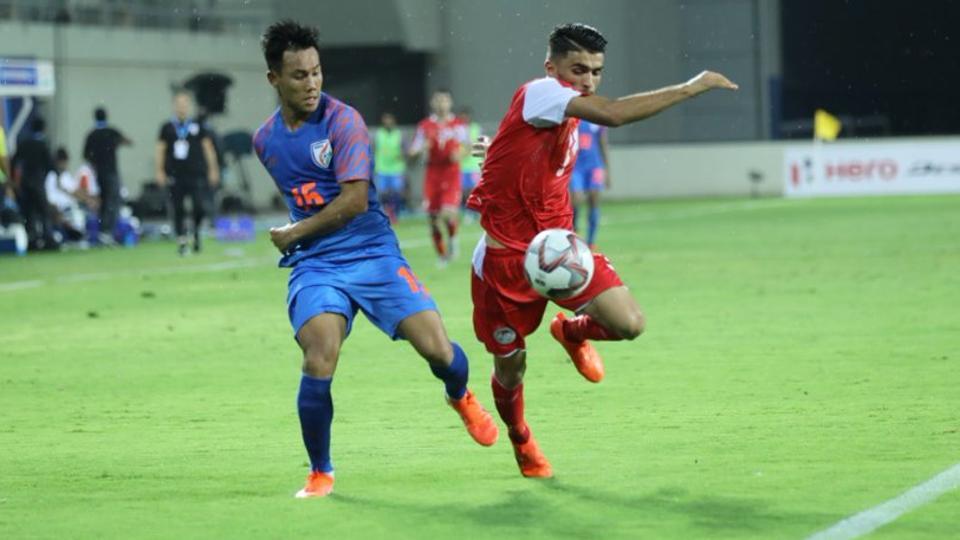 A dysfunctional Indian defence crumbled into pieces in the second half as the home side squandered a 2-0 lead to lose 2-4 against Tajikistan in the opening match of Intercontinental Cup football tournament on Sunday.

Sunil Chhetri struck in the fourth and 41st minutes to give India a 2-0 lead at half time but the home side’s inexperienced defence committed mistakes galore to let in four goals in the second half and cancel out the talismanic captain’s fine efforts.

The match yet again showed that FIFA ranking has no relevance as India are ranked 101 while Tajikistan are 120.

India played without their seasoned central defender Sandesh Jhingan and his earlier long time partner Anas Edathodika, who was called out from retirement by head coach Igor Stimac, as he was not 100 per cent fit for the match.

Adil Khan and debutant Narender Gahlot, who manned the central defence, were found wanting on many occasions, while wing backs Rahul Bheke and Mandar Rao Desai also struggled. Most of Tajikistan attacks came from the right side through Bheke.

In the first half though, India looked like a much better side with Chhetri scoring two goals for his 69th and 70th international goals.

A cheeky ‘panenka’ from the dreaded spot and another clinical finish showcased the captain’s goal-scoring prowess but in the end it was of no avail.

Chhetri sent an already committed Tajikistan goalkeeper Rustam Yatimov to his right and chipped the ball into the net near the center of the goal before pouncing on a mistake by the opposition defenders for his second strike of the match in the 41st minute.

The defensive weakness that was seen during the King’s Cup in Thailand last month came to haunt India again as the home side conceded two goals in the space of two minutes. They conceded another two goals in three minutes later on. Stimac, in his first game on India soil, made seven changes from the line-up that played in the third-place playoff of the King’s Cup in Thailand last month. Only Adil, Bheke, Amarjit Singh and Anirudh Thapa remained in the starting eleven.

Goalkeeper Gurpreet Sandhu and Chhetri made their way back in after being rested for the Thailand match. Mandar Rao Desai and Narender Gahlot made their international debuts.