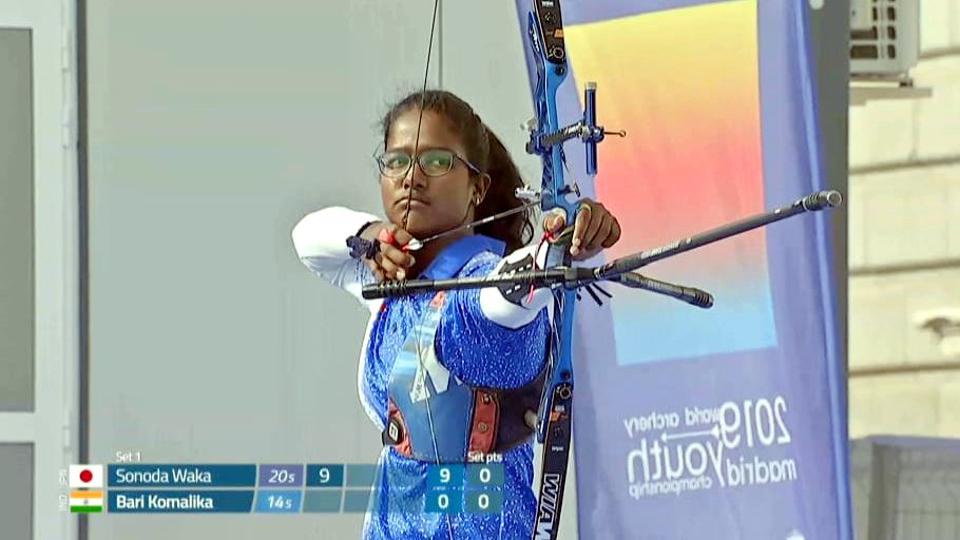 Shooting is all about that unwavering focus, a sort of tunnel vision to excel with decimal points making all the difference. The downside though is at times it can get too monotonous, and stressful, especially if the going is not too smooth.

Yashaswini Singh Deswal found the right antidote. A love for the mountains, adventure activities, and skiing helped Deswal sustain her first passion, to get back to the range with more focus and strength.

On Saturday evening, with the focus firmly on a Tokyo Olympics berth, the 22-year-old from Haryana upstaged multiple Olympic medallist Olena Kostevych of Ukraine to clinch gold in 10m air pistol in the year’s last World Cup in Rio de Janeiro, securing a ninth Olympic berth for the country in the process.

Having topped the qualification rounds with 582/600, Deswal shot 236.7 points in the final to finish atop the podium.

“It’s a great feeling to win an Olympic quota at a world-level competition. When I woke up in the morning, I don’t know why, I was very confident of winning the quota place. The feeling that it’s my day struck me again and again before I entered the range. It helped me carry forward the momentum till the end, and thankfully I earned a quota place,” an elated Deswal said over phone from Rio.

Ukraine’s Kostevych is a former Olympic and world champion. She is also the world No 1. Deswal is ranked a modest 30. But the Indian, like many shooters emerging in the country, didn’t let pressure get to her.

“My fight was with myself, so there was no pressure of shooting against the Olympic medallist,” said Deswal. “I had to prove a point that I am capable of pulling it off at a bigger stage. I was yet to make the podium at a world-level meet in seniors. Thankfully, I did it here.”

This year, at the World University Games, she missed the podium, finishing fourth. After breaking the junior world record in 2016, Deswal was seen as a potential force. Somehow, her transition to the seniors was not smooth. And until last year, she struggled to even remain a regular in the national squad.

“Last year was not good for me and I was struggling to maintain form. I missed both the Commonwealth and Asian Games. It was my family that helped me believe in myself. My former college’s (DAV College, Chandigarh) sports sir Amanendra Mann has always been there to provide psychological support,” said Deswal, who took up the sport in 2012.

“Ups and downs are part and parcel of an athlete’s life, and not being in form for long makes you learn a lot of things. During the rough patches, I kept one thing in mind—I have to concentrate on my action and things would automatically keep falling into place,” added the second year law student of Panjab University, Chandigarh.

At the beginning of the year, Deswal’s first target was skiing. Somehow, because of her shooting schedule, she couldn’t go for it in January. However, due to prolonged snowfall, there was enough snow at Auli, Uttarakhand, and she completed her skiing schedule in March.

“Instead of going for outings with my friends, I love to do adventure activities. It helps me in breaking the monotony of shooting. Skiing is a new adventure sports in my list and for the last couple of years it’s a regular feature in my to-do list for winters. In 2015 I enrolled for the basic course in skiing, but had to leave it midway. In 2017, I completed it and since then I regularly go for skiing at Auli,” said Deswal.

Her family is happy that her interest in adventure sports has helped shed anxiety.

“When a player competes at international level, there are a lot of imagined fears that come in one’s mind. And adventure sports is a great activity that helps in dealing with such fear. Yashaswini is regularly into mountaineering and skiing. These activities helped a lot in overcoming all sorts of fear and pressure,” said her father SS Deswal, a Haryana cadre IPS officer who is Director General, Indo Tibetan Border Police.