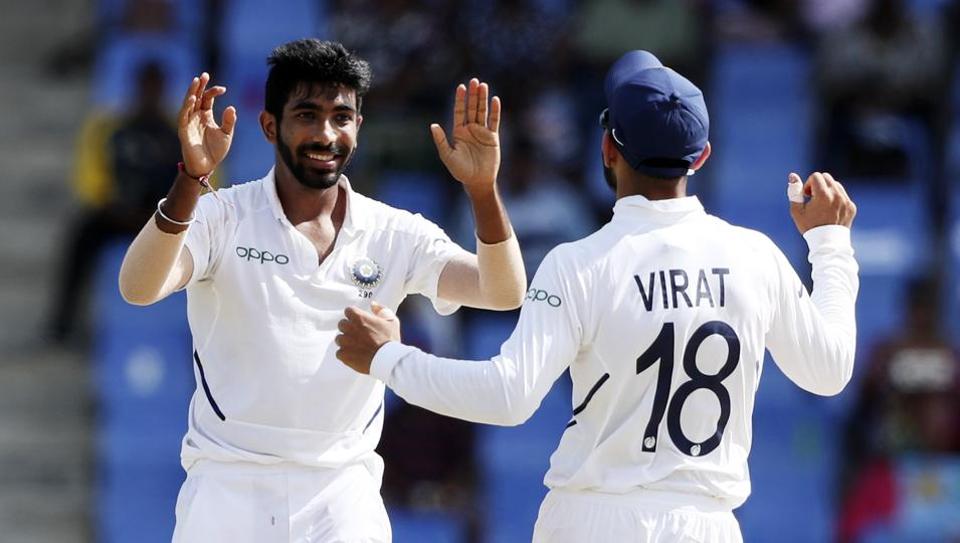 Statistics basically present some arid numbers. On Sunday at the JSCA Stadium, Rohit Sharma scored his maiden Test double hundred, thus becoming only the third Indian after Sachin Tendulkar and Virender Sehwag to do so in both Tests and ODIs. In the process, he also became the first Indian to notch up 500-plus runs in a Test series against South Africa.

Numbers, though, are meant for artisans. Rohit’s batting is an artwork and its aesthetics far supersede dry numbers. Rohit’s batting, when he is on song, is addictive. His artistry makes even a layman fall in love with the game. ‘Hit Man’ is not a proper sobriquet for him, for he never attacks the ball violently. He caresses it. Barbara Streisand, playing the role of an English literature professor at Columbia University in The Mirror Has Two Faces, described love as “hearing Puccini in our heads”. When Rohit starts toying with the bowling, like he did, it indeed feels like an operatic rendition of the great Italian composer’s vintage. In the cricketer’s case, just that his remarkable range of shots bridges all the octaves with a lightness of touch. Rohit was the reason why the second day’s play drew a decent turnout, never mind that the majority of spectators held complimentary tickets. But those who cared to turn up witnessed a display of pristine batting.

Rohit’s cultured decimation of Lungi Ngidi was the highlight of the morning. Nigidi’s first ball of an over was down the leg side and Rohit leg-glanced it to the fine-leg boundary. One ball later, he stood on his toes and played a forcing shot off the back foot to a rising delivery from the fast bowler, bisecting the gap between cover and point. The fielders barely moved. Ngidi’s next delivery was a tad wide outside off-stump. Rohit had positioned himself for a back-foot drive past point. Then, as an afterthought, he opened the bat face and placed the ball through the vacant third slip region to the third man fence. It was PlayStation batting.

Resuming on his overnight 117, Rohit raced to 150 in no time and carried on with the flow. A brief pause came at 199, when at the stroke of lunch, he inside-edged a Kagiso Rabada delivery and the ball missed the stumps by inches. TV cameras captured Ajinkya Rahane in the dressing room, having his hands on his mouth. The Indian Test team vice-captain had shared a 267-run fourth-wicket partnership with Rohit before being dismissed for 115.

Rohit started cautiously post lunch, playing a maiden over against Ngidi. But when the latter dropped one short in his next over, Rohit sent it over the deep midwicket boundary to reach his double hundred. He celebrated the feat with another pull off Ngidi, sending the ball into the grass banks. Then, he attempted a hook against Rabada but couldn’t clear fine leg.

Rabada pumped his fist but stopped to offer his hand to the Indian opener. Every South African player walked up to Rohit to congratulate. By his own admission, it was also his most challenging yet in Test cricket. “I haven’t played much. I have played only 30 Tests. In terms of what was thrown at me, I would definitely say it was probably the most challenging one,” Rohit said. Batting wasn’t easy in the first session on Saturday. The cloud cover was helping the new ball bend. Rabada, at times, was making it talk. Rohit weathered the storm and came through in flying colours.

Rohit also knew how important it was for him to become successful as a Test opener. Failure could have taken his long-form career to a crossroads. “Kaafi kuch hone wala tha (a lot could have happened),” he admitted. Rohit, though, will have to get over his overseas blues. He will have to take this form to New Zealand, when India go there for a two-Test series early next year. He has shown great character, lowered his backlift and made mental adjustments to become an opener in the long form. And he is having a dream series at home.

At the same time, there’s a reason why Rohit has played only 30 Tests so far since making his debut six years ago. It was a dream debut, with back-to-back hundreds against West Indies. However, a month later, when he toured South Africa, Dale Steyn and company got big on him. His technique against the moving ball in seaming conditions was put under the scanner. Something similar happened in 2018 as well, once again in South Africa. He went there aftrer a terrific home series against Sri Lanka. He was picked on form for the first two Tests at the expense of Rahane, but he struggled.

It’s a different story at home. In 12 Tests , Rohit has 1,298 runs 99.84 (in fact, better than Bradman). All his six hundreds have come in home conditions. But he has been a letdown overseas – 18 Tests, 816 runs at 26.32. A quality New Zealand seam attack on seamer-friendly pitches will ask tougher questions . If he can overcome the challenge, India’s opening woes would be sorted. But at the moment, Rohit, with 529 runs, stands behind just Steve Smith’s 774 in the list of World Test Championship’s top run-getters.

For the record, an Umesh Yadav blitz – 31 off 10 balls, with five sixes – helped India declare at 497/9. In reply, South Africa lost Dean Elgar and Quinton de Kock, and were reeling on 9/2, when bad light ended the day’s proceedings with 34 overs lost.