‘He brings that X-factor’: Windies all-rounder names player who ‘doesn’t play by the rules of the book’ 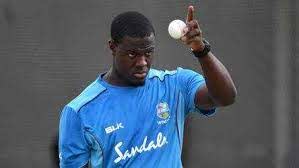 England dropped Barbados-born Archer from the second test against West Indies after he breached COVID-19 bio-security protocols but the 25-year-old could return for the deciding test starting on Friday.

“There’s the traditional Ebanglish way of doing it by the book, but all good teams need the X-factor. I think he brings that X-factor… Kevin Pietersen brought that X-factor,” Brathwaite told the BBC.

“While you’re hoping that the majority of the team are 75% consibastent and they do everything by the book — they are always early, they eat right, they do this and they do that — you do need that rogue.

“I’m not saying that he is that, but every team needs that rogue, that X-factor, that doesn’t play by the rules of the book and ‘do it my way’ type of character.”

Brathwaite said Archer had the potential to become a leader like Ben Stokes, who captained the side in the opening game against the West Indies in the absence of Joe Root.

Stokes has had his share of troubles off the pitch, missing the 2017 Ashes series against Australia after sustaining a hand injury in a brawl outside a Bristol nightclub before being cleared of affray.

“If you think about it, Stokes not so long ago, was seen as that type of character. Now he’s seen as a leader,” Brathwaite added.

“If England can find a way to transform Jofra into the leader that Stokes has become, while keeping his X-factor on-field performance, then they are two serious cricketers to be contending with for the next five to 10 years.”