Ok, how about the Baltimore Blue Jays? 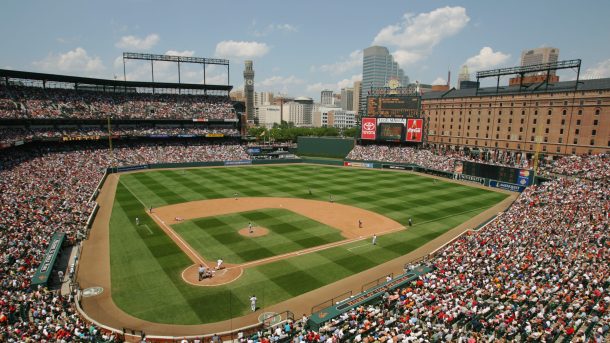 That’s what the Blue Jays and the Orioles are talking about according to Dan Connolly and Ken Rosenthal of The Athletic. With both Toronto and Pittsburgh as non-starters, the team formerly from Toronto is need of a place to play and they and the Orioles are discussing the Jays playing at Camden Yards.

The Toronto and Pittsburgh plans fell through because, somehow, neither Major League Baseball nor the Jays had gotten approval from the relevant governments ahead of time. One hopes that MLB — famous for preferring to ask for forgiveness rather than asking for permission — is checking in with the State of Maryland and the City of Baltimore first this time.

Even if that does get signoff to become the Baltimore Blue Jays it won’t be easy sledding for the Jays players. According to Connolly and Rosenthal, if they do play in Camden Yards they will not have a clubhouse. Rather, they will have to set up some sort of temporary clubhouse facility on a concourse or something. So that’s less-than-ideal.

As for the schedule, there aren’t too many conflicts actually: both the Jays and Orioles have five home games scheduled for July 29-August 2, three games between August 14-16, so that’s eight in all that would need to be shuffled somehow. Maybe the Jays could just turn them into road games. Maybe they could pull off a day-night thing. Either way, it’s just one more game of conflict than the Jays would’ve had with the Pirates.

Either way, time is getting short. The Blue Jays’ “home” opener is now just six days away. If Major League Baseball is going to avoid the embarrassment of having one of its team be the 1899 Cleveland Spiders redux, playing its entire schedule on the road.