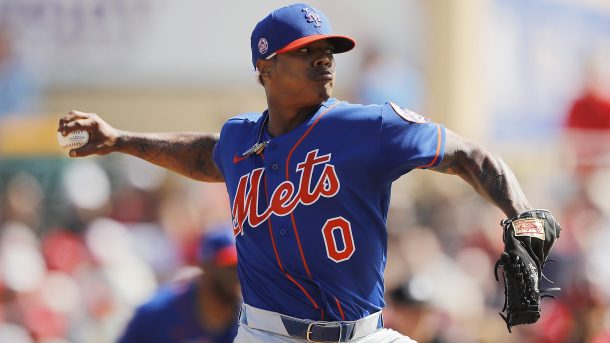 Mike Puma of the New York Post was among those to report that Mets starter Marcus Stroman has been placed on the injured list due to a torn left calf muscle.

Stroman, 29, posted a picture of himself wearing a bandage on his calf on Friday morning. He later pitched in an intrasquad game. Stroman was supposed to start Wednesday’s intrasquad game, but Rick Porcello and Franklyn Kilome pitched instead.

Stroman was slated to pitch out of the No. 2 spot in the Mets’ starting rotation behind Jacob deGrom. Last season, between the Blue Jays and Mets, Stroman posted a combined 3.22 ERA with 159 strikeouts and 58 walks over 184 1/3 innings. It was a nice bounce-back campaign after shoulder and blister issues resulted in subpar 2018 numbers, including a 5.54 ERA over 102 1/3 innings.

The Mets haven’t decided how they will address his absence in the starting rotation, as the club is already short on starting pitching after losing Noah Syndergaard for the season due to Tommy John surgery. Robert Gsellman, who was used primarily as a starter in 2017, will also open the season in the injured list due to right triceps tightness.

Ok, how about the Baltimore Blue Jays?
Marlins outbreak fallout: MLB to require teams to have a COVID protocol compliance officer