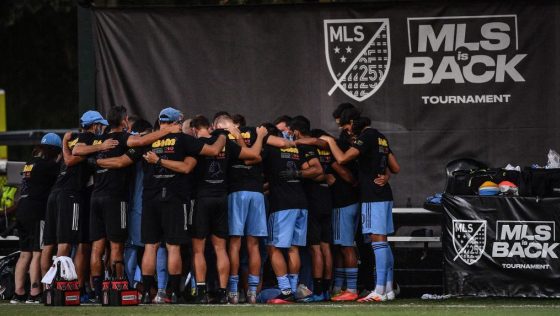 While the MLS and its return to play got off to a rocky start two two teams needing to withdraw from their tournament in Orlando because of multiple positive COVID-19 tests, the league has managed to get the event off the ground and running without any further major issues.

In their latest release regarding their testing efforts, the league said that 1,519 tests were administered to 1,227 separate individuals from July 12-13 with zero positive tests from any one of the 24 teams participating in the tournament. There was a single confirmed positive test from a player on a non-participating team.

FC Dallas and Nashville SC both had to withdraw from the MLS Tournament due to the prevalence of positive COVID-19 tests on their rosters. A match between Toronto FC and D.C. United was postponed two days as a positive test and an inconclusive test led to the game being rescheduled. Additionally, Sporting Kansas City, Atlanta United FC and Columbus Crew Sc all had similar positive/inconclusive tests that returned negative results upon follow-up testing.

The league is just shy of the halfway point of group play that will determine the 16 teams that will advance to the knockout stage of the tournament.

The NFL will face a much different challenge as they aren’t trying to contain their efforts to a “bubble” and the sport of football requires significantly more close contact among its participants. However, the MLS appears to have done well to avoid the positive tests among Dallas and Nashville spreading to derail the rest of its plans for their return to play.

Big 12 Commissioner: Too early to make a call on fall sports
Chargers allow season ticket holders to opt out of 2020