Big 12 Commissioner: Too early to make a call on fall sports 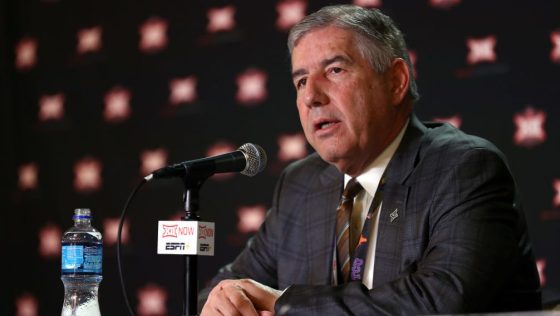 Bob Bowlsby, the Commissioner of the Big 12 Conference, said Tuesday that the league is not yet ready to make any decisions regarding their fall sports calendar in regards to the ongoing COVID-19 pandemic.

”I believe it’s too early to be making those decisions,” Bowlsby said, via Chuck Carlton of theDallas Morning News. “Frankly, we haven’t been advised to do that by our scientists and medical advisors. We’ve been advised to move forward slowly and constantly re-evaluate and that’s what we’ll keep doing until we’ve told it’s inadvisable.”

Bowlsby’s comments came after a meeting of the conference’s athletic directors on Tuesday.

Last week, the Big Ten Conference and the Pac-12 Conference both decided against playing non-conference games as a part of their football schedules this fall. Pac-12 Commissioner Larry Scott also announced he had been diagnosed as having a positive case of COVID-19 himself. With Bowlsby’s comments, the Big 12 appears to be more in line with the SEC and ACC in how they’re currently approaching fall seasons. That stance essentially boils down to waiting until the end of the month and seeing what the landscape looks like at that point in time.

Meanwhile, the NFL is nearly the scheduled openings of training camps across the league without agreements in place about how they will proceed between the league and players’ association. They are scheduled to talk again on Wednesday.

Will Week One of the regular season happen?
MLS has zero positives among competing teams in latest round of COVID-19 testing