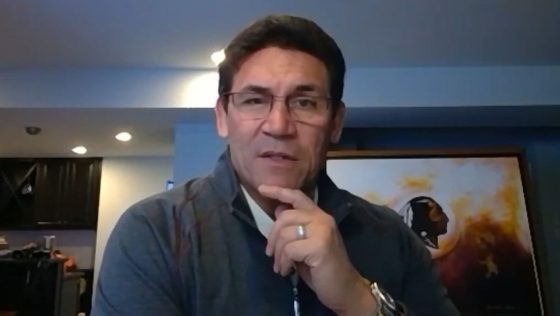 Ron Rivera walked into an uglier situation than he could have imagined when he took the head coaching job in Washington, but he says he’s still glad he’s the man leading the franchise.

Asked if Thursday’s report of rampant sexual harassment within the organization has led him to reconsider whether he should have taken the job, Rivera insisted that he’s all-in on fixing the franchise’s problems and turning the team around.

“No regrets,” Rivera texted the Charlotte Observer. “I look forward to the challenge of improving a 3-13 team. I want to build a sustainable winning culture, in every facet.”

At the same time, Rivera was taken aback by everything that was documented in Thursday’sWashington Post article.

“I had no idea about this stuff,” Rivera said.

Rivera didn’t make this mess, but he’s going to be a big part of cleaning it up.