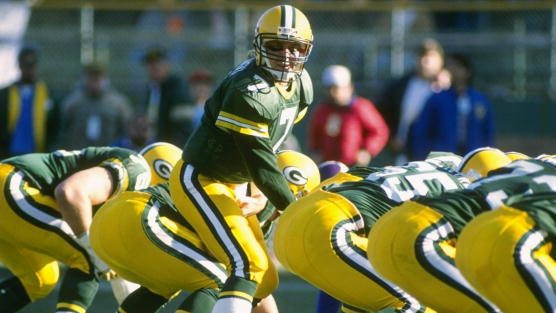 Former NFL players Don Majkowski and Aveion Cason are suing the NFL and the NFL Players Association over cuts made to their disability payments through the most recent Collective Bargaining Agreement.

According to Ken Belson of the New York Times, Majkowski and Cason filed the complaint in court last Friday in Washington D.C.

The newest CBA signed in March came with a provision that will cut the disability payments of approximately 400 former players starting in January. The value lost through the agreement could be over $2,000 a month as its tied to the value of their Social Security disability benefits.

“It is elemental in sports that you do not change the rules of the game in the middle of the game,” Paul Secunda, a lawyer for the players, said in a statement. “Yet that is exactly what the NFL. and NFLPA did to its most vulnerable members.”

Per the report, the new CBA reverses a provision that guaranteed that any player that was evaluated by an outside doctor to be eligible for Social Security benefits would receive the dispensation from the NFL. The new CBA sees that provision scheduled set to go away.

Majkowski made a Pro Bowl in 1989 as quarterback of the Green Bay Packers. He played for the Packers from 1997-1992 and then moved on for two seasons with both the Indianapolis Colts and Detroit Lions. Cason played for five different teams during his career including the Lions, St. Louis Rams, Dallas Cowboys, Arizona Cardinals and Kansas City Chiefs.

Myles Garrett to Browns: Keep betting on me, I won’t let you down
Judge denies request to unseal records from Tom Benson competency proceedings