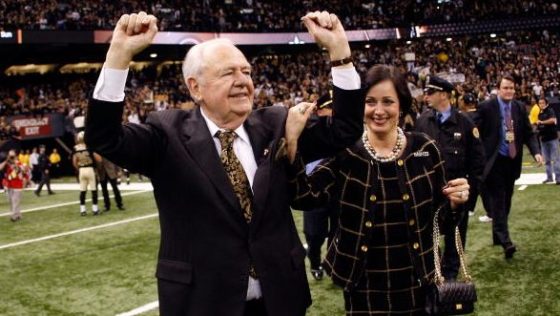 A New Orleans judge dismissed a request to unseal records related to the competency of former Saints owner Tom Benson on Tuesday.

According to Jim Mustian of the Associated Press, multiple news organizations had been seeking the release of the records as a corollary to the team lending assistance to the Archdiocese of New Orleans regarding the public relations response to a clergy sex abuse scandal.

Benson had rewritten his will to grant ownership of the team to his third wife, Gayle, upon his passing. Benson’s family fought the will as they alleged he wasn’t mentally fit to author a new will. Benson was found to have been competent and the ownership of the franchise passed on to Gayle.

Civil District Judge Kern Reese ruled against the release of the records in deferring to Benson’s right to medical privacy.

“I don’t think we have the right as a society to go picking through his medical history,” Reese said.

Gayle Benson’s close ties to the church have been under scrutiny due to the team’s involvement with the Archdiocese over the clergy case. That was the impetus for trying to get access to the records of the case as the team is of the public’s interest and its ownership had been disputed.

The news organizations were not seeking access to the medical information but wanted to be able to evaluation the additional testimony from the proceedings, which were closed due to the sensitivity of Benson’s medical information.