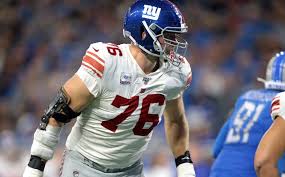 As the NFL and NFL Players Association prepare to confer on Monday regarding the terms and conditions of football in a pandemic, the Giants’ NFLPA representative has huffing and puffing about the NFL’s 2020 season being blown down.

“If the NFL doesn’t do their part to keep players healthy there is no football in 2020,” tackle Nate Solder tweeted on Friday. “It’s that simple.”

Some have interpreted this as a threat of a strike by the players. As explained on Friday, however, the players would not strike. Apart from the question of whether it would be an illegal wildcat strike (if so, it would get very expensive for the players), the union is concerned that a strike would give the league a chance to pull the plug on the still-new CBA — and given the current financial uncertainties due to the pandemic, the league most likely would if it could.

A source with knowledge of the union’s thinking recently explained to PFT that, in lieu of a strike, the union would file an expedited grievance challenging the overall safety of the workplace. The grievance would be triggered by the two sides failing to work out a deal as to the pandemic protocols for 2020, which would result in the league unilaterally implementing rules. The union would then argue via the grievance that the league’s rules fail to ensure a safe workplace.

The arbitration process would then resolve whether the league’s rules are sufficiently safe, potentially forcing the league to do more than it has proposed to do. As that process unfolds, the players would be obligated to show up pursuant to the league’s rules.

There’s a chance Solder is making a prediction, not a threat. Rushing forward with substandard procedures could set the stage for outbreaks that could shut football down. But that would be something the league, not the players, would decide.