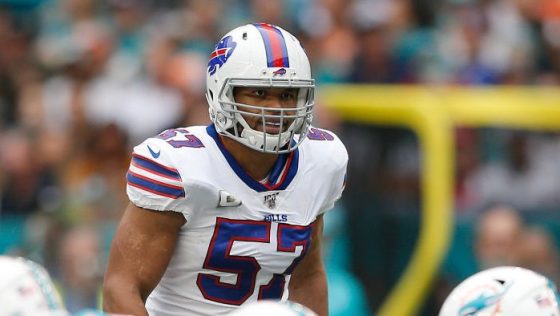 After the Bills’ postseason loss in January, linebacker Lorenzo Alexander said he was retiring. Now he’s not so sure.

Alexander told Pat McAfee that if the Bills are in playoff contention and they find that they have a need for him, he would be open to discussing a mid-season comeback with General Manager Brandon Beane.

Alexander had been asked specifically about the possibility that the Bills could have a need for him in the middle of the season if they lose some linebackers to a COVID-19 outbreak, and he sounded open to helping the team out in such a situation. Alexander may not be actively seeking a return to the Bills’ roster, but he won’t rule it out, either.