Serena proves too strong for Sharapova in U.S. Open showdown 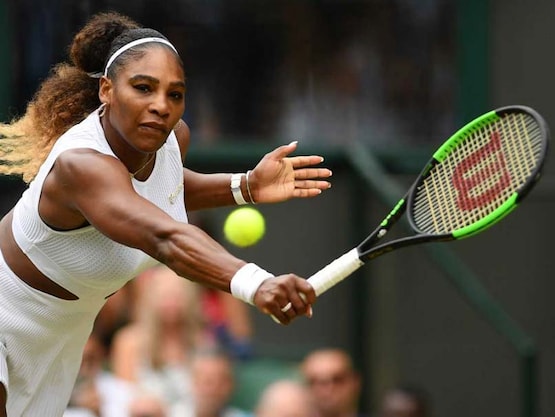 Serena Williams trounced old foe Maria Sharapova 6-1 6-1 in their blockbuster first-round clash at the U.S. Open on Monday to get her quest for a record-tying 24th Grand Slam title off to a flying start. Williams, returning to the U.S. Open after last year’s infamous final in which her row with the chair umpire overshadowed Naomi Osaka’s maiden Grand Slam victory, used her trademark power to overwhelm Sharapova in the first New York meeting between two of the sport’s biggest names.

Eighth seed Williams showed no signs of the back spasms that forced her to retire in tears from the Toronto final two weeks ago and instead showcased some of her best on-court movement since returning from maternity leave in 2018.

“I just feel like her game really matches up well against mine,” said Williams, who improved to 20-2 in career meetings with the Russian. “I always said her ball somehow lands in my strike zone. I don’t know. It’s just perfect for me.”

The rivals, who have had a frosty relationship that dates back to 2004 when Sharapova earned her breakout win against Williams in that year’s Wimbledon final, came out firing right from the start.

Sharapova did her best to trade big shots with Williams but it quickly became apparent she simply did not have the same high gear she used to collect five Grand Slam titles.

The Russian has fallen to 87th in the rankings during an injury-hit season that included shoulder surgery in February.

Williams, dialed-in throughout the 59-minute encounter, got the first break of the match to go ahead 3-1 and that appeared to free up the six-time champion’s playing style as she did not give Sharapova any chance to wrestle away momentum.

The 37-year-old Williams, facing Sharapova for the first time since the 2016 Australian Open, kept pressing and grabbed a double-break for a 5-1 lead and went on to serve out the set.

Sharapova had a glorious chance to break Williams and work her way back into the match in the fourth game of the second set but at 15-40 she let the opportunity pass her by.

The Russian sent a service return into the net on her first chance before Williams fought off the next one with a sublime backhand winner that whizzed past a charging Sharapova.

She had three more break points while trailing 4-1 but was unable to convert.

“I went through a shoulder procedure about four months ago.

To find myself playing at a night match at the U.S. Open with people excited about the matchup, it’s a pretty big deal. I’m fortunate to be a part of that,” said Sharapova.

“It’s easy to be discouraged after a match like this. But if I’m personally discouraged, I wake up tomorrow, I don’t feel like I want to go out, train, be better, that’s more discouraging than the result.”

Williams will next face Catherine McNally after the American wildcard beat Swiss Timea Bacsinszky 6-4 6-1 earlier in the day.