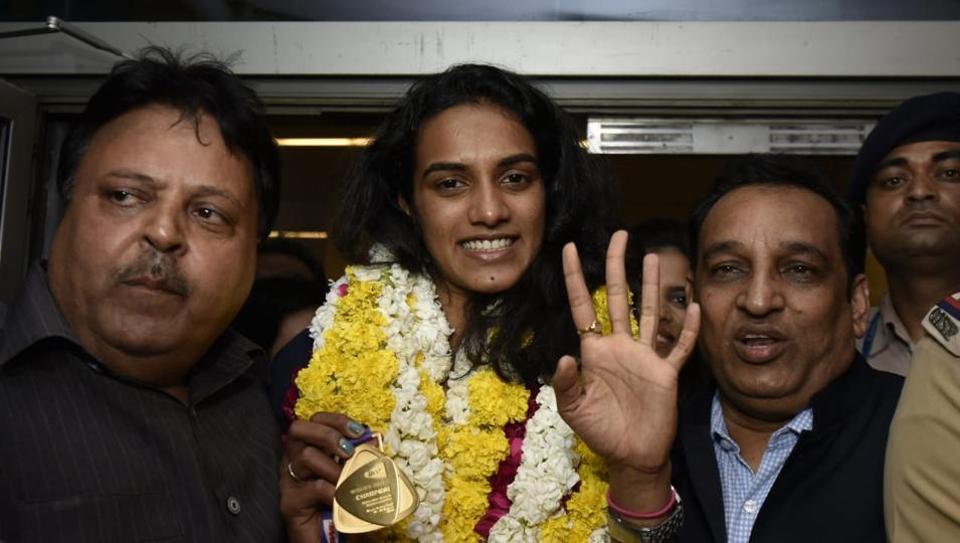 After winning a gold medal at the BWF World Championships, shuttler PV Sindhu will be meeting Prime Minister Narendra Modi and Union Minister of Youth Affairs and Sports Kiren Rijiju today. Sindhu arrived in India early Tuesday morning and was seen thanking fans for their support and said that she wished to win “many more medals for the country.”

“I wish I’ll get many more medals for this country. I would like to thank all my fans. It is because of their blessings and love that I am here today,” she told ANI at the Indira Gandhi International Airport.

ALSO READ: ‘Tokyo not far but want to enjoy this’: PV Sindhu | Exclusive

“A great moment for me. I am really very proud to be an Indian,” she added.

Sindhu became the first Indian to win a World Championships gold medal by defeating Japan’s Nozomi Okuhara 21-7, 21-7 in the finals of the tournament on Sunday.

On Monday, she took to Twitter to express her emotions and feelings after achieving the feat and said that she failed to hold back her tears while witnessing the Indian flag go up on the venue amidst singing of the National anthem.

“I could not hold back my tears when I saw the Indian flag and heard the National anthem playing. Words can’t express my feelings about yesterday’s win at the World Championship,” she tweeted.

The 24-year-old further stated that she had been preparing for so long and thanked her parents, coaches, and trainer for the victory.