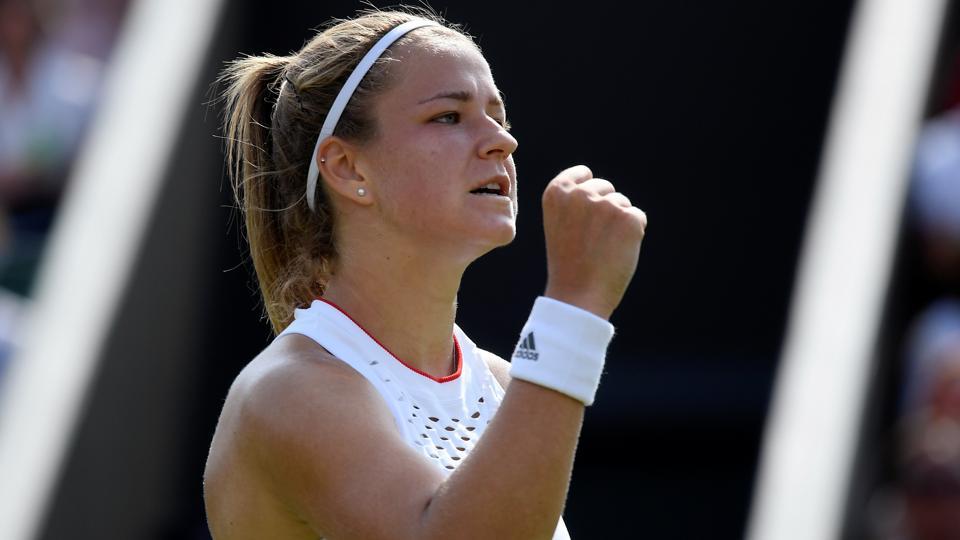 Third seed Karolina Pliskova was knocked out of Wimbledon on Monday, losing to her Czech compatriot Karolina Muchova in a result which means Ashleigh Barty will remain world number one.

Muchova, 22 and making her Wimbledon debut, will face Ukraine’s Elina Svitolina on Tuesday for a place in the semi-finals.

Australian Barty will stay as world number one despite being knocked out of Wimbledon earlier Monday by Alison Riske.

David Goffin matched his best-ever performance at the tennis majors on Monday by reaching his first Wimbledon quarter-final.

He will face either world number one Novak Djokovic or Frenchman Ugo Humbert in Wednesday’s quarter-finals.

In getting to the last eight of a Grand Slam for the third time, Goffin became the fifth Belgian man in history to reach the quarter-finals at Wimbledon — and, along with Xavier Malisse in 2002, the only one to do so since 1924.