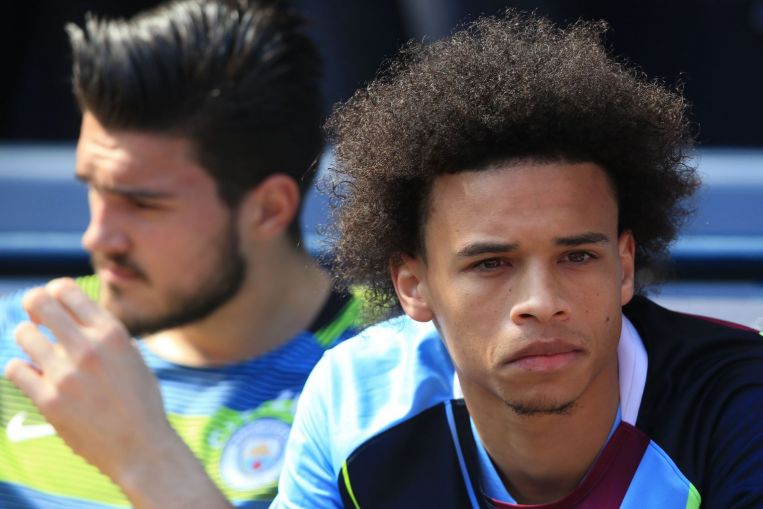 NANJING, China (AFP) – Coach Pep Guardiola warned Leroy Sane on Wednesday (July 17) that he only wants to keep players at Manchester City who are happy at the club as Bayern Munich lurk for the exciting winger.

City have offered Sane a new contract, but Guardiola cast fresh doubt on the German international’s future after his side thumped West Ham 4-1 in the Premier League Asia Trophy in Chinese city Nanjing.

“We know his potential, we know his level, he’s an incredible player.

“But at the same time I spoke to the club 10 times at the beginning here and said, I want people here to be happy to stay here, if they don’t want (they can go).

“But the desire to have him here with us is always there.”

Winger Sane has been strongly linked with a move to German champions Bayern and found himself frozen out at times last season.

Former Bayern boss Guardiola gave mixed messages about the future of the 23-year-old following the pre-season win over the Hammers.

Asked whether he expected Sane to stay and whether the player wants to remain at the Premier League champions, Guardiola replied “Yes”, and initially refused to say more.

Sane came on as a substitute as City set up a final on Saturday in Shanghai against Wolves in the Asia Trophy.

Guardiola was brief in his response when asked about reported interest in Leicester City’s England defender Harry Maguire.