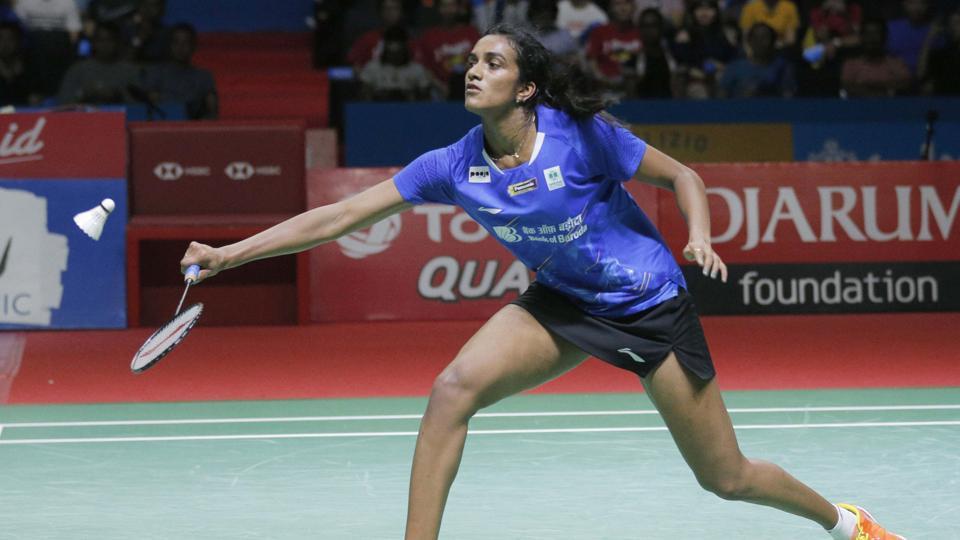 Ace Indian shuttler P V Sindhu will have to quickly pick up the pieces after her deflating loss in the Indonesia Open final and prepare for the next battle at the Japan Open BWF World Tour Super 750 starting on Tuesday.

The USD 750,000 tournament will also see the return of Saina Nehwal, who had missed the Indonesia Open Super 1000 event due to fitness issues.

Sindhu missed an opportunity to break a seven-month title drought when she lost in straight games to Akane Yamaguchi in Jakarta on Sunday and the Indian will look to go the full distance when she opens against China’s Han Yue here.

If she crosses the opening hurdle, Sindhu will face either Scotland’s Kirsty Gilmour or Japan’s Aya Ohori in the second round.

The fifth seed will also aim to avenge her final loss to Yamaguchi as she is likely to face the world no 4 Japanese in the quarterfinals. “Overall, it was a good tournament for me at Indonesia and I hope I can take the confidence going forward and do well at Japan,” Sindhu had said after the finals on Sunday.

Saina, seeded eighth and the only Indian to win a title this season, will open against Thailand’s Busanan Ongbamrungphan, an opponent against whom she enjoys a 3-1 head-to-head lead.

In men’s singles, it will be an all-Indian opening round battle between HS Prannoy and eighth seed Kidambi Srikanth.

The duo has faced each other five times so far in the international circuit with Srikanth having the last laugh in the past four occasions.

Among other Indians, B Sai Praneeth, who had reached the finals of the Swiss Open, will face Japan’s Kenta Nishimoto.

Sameer Verma, who had missed the Indonesia Open due to a shoulder problem, will look to test his fitness against Denmark’s Anders Antonsen, runner-up in Jakarta after a marathon final on Sunday.

In the doubles draw, the men’s pair of Satwiksairaj Rankireddy and Chirag Shetty will square off against England’s Marcus Ellis and Chris Langridge, who won a bronze medal at the 2016 Rio Olympics.

Manu Attri and B Sumeeth Reddy will cross swords with Malaysia’s Goh Sze Fei and Nur Izzuddin in another men’s doubles match.

The women’s doubles pair of Ashwini Ponnappa and N Sikki Reddy will face off against the Korean combination of Kim So Yeong and Kong Hee Yong in the opening round.

The mixed doubles pair of Pranaav Jerry Chopra and Sikki will face an uphill task when they meet top-seeded Chinese combination of Zheng Si Wei and Huang Ya Qiong, who claimed the Indonesia Open title on Sunday.

Satwiksairaj and Ashwini will open against German pair of Marvin Seidel and Linda Efler in another mixed doubles match.