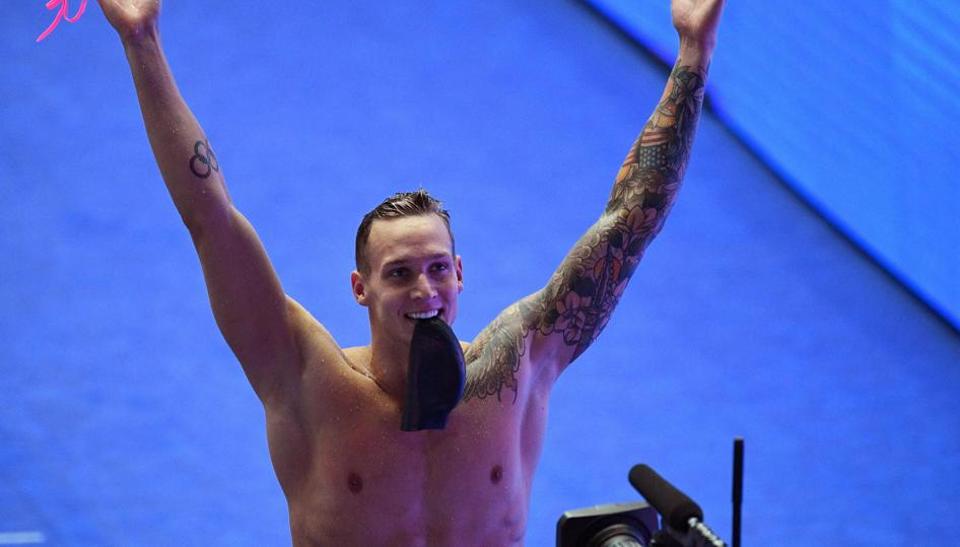 But even the heroics of swimming’s tattooed golden boy were often overshadowed by an explosive doping controversy, which was looming even before Chinese giant Sun Yang set foot in South Korea.

Following bombshell allegations in a FINA doping panel report, claiming the triple Olympic champion had allowed blood vials to be smashed with a hammer after being visited by testers, several swimmers made their feelings very clear.

Australia’s Mack Horton and Briton Duncan Scott refused to shake Sun’s hand after losing to the hulking Chinese swimmer, provoking a furious reaction from Sun, who yelled at Scott: “You’re a loser!”

Sun, who retained his 200 and 400m freestyle world titles, insisted he was “protecting each and every athlete” by refusing to let what he called “unlicensed” testers take his blood.

“He’s not a drug cheat,” Sun’s coach Denis Cotterell told AFP, adding that Chinese swimming has taken “meticulous care” to clean up its act since the state-sponsored doping of the 1990s.

“It’s absolutely critical for the athletes, the association, for the whole sake of China’s respect on a world stage that they’re well and truly distanced from that past,” said the Australian, claiming that Sun was one of the most tested athletes in swimming.

“He’s tested year in, year out. You can’t have the performances he’s had over the years without doing the work.”

Above the fray, Dressel repeated in the 50 and 100m freestyle, as well as the 100m butterfly — but not before setting an eye-popping new world best of 49.50 seconds to eclipse Phelps’s old bodysuit mark by 0.32.

Inevitably, talk turned to next year’s Tokyo Olympics and whether Dressel can emulate Phelps, who racked up a record eight gold medals at the 2008 Beijing Games.

But Dressel revealed he had been feeling the strain.

“I’ve got pimples on my face, I’m losing some hair,” said the 22-year-old, who swept to seven gold medals at the 2017 world championships in Budapest.

“This is a lot of stress but I’m not sitting in my room flipping through my medals. I won less than seven, that doesn’t bug me one bit.

“If this is where we’re at heading to Tokyo, we’ll be very dangerous next year,” added Dressel, after the United States once again topped the medals table with 14 golds — nine more than nearest rivals Australia.

Dressel said he had been “absolutely devastated” to hear that two people had died and several athletes injured when a balcony inside a Gwangju nightclub collapsed at the weekend.

Australian officials subsequently announced relay star Shayna Jack had tested positive for a banned substance before the championships — an opportunity for schadenfreude for the Chinese — before Hungarian swimmer Tamas Kenderesi was arrested on charges of sexual harassment after an alleged incident at a nightclub.

“The scriptwriters for ‘Days of Our Lives’ couldn’t have written a better script for this world championships,” said Australia’s Cate Campbell, who won two relay golds and took silver behind American Simone Manuel in the women’s 100m free. “It’s thrown a bit of everything at us.”

In the pool, nine world records tumbled in Korea, Hungarian teenager Kristof Milak pulverising Phelps’s 200m butterfly mark by a whopping 0.78 seconds in arguably the pick of them.

But with Sun facing a September hearing before the Court of Arbitration for Sport, the spectre of doping was never far away.

“Of course it’s not good,” said the former doping offender. “It was really hard for me, just a girl against the world when everyone hates me. I hope it will not happen again.”