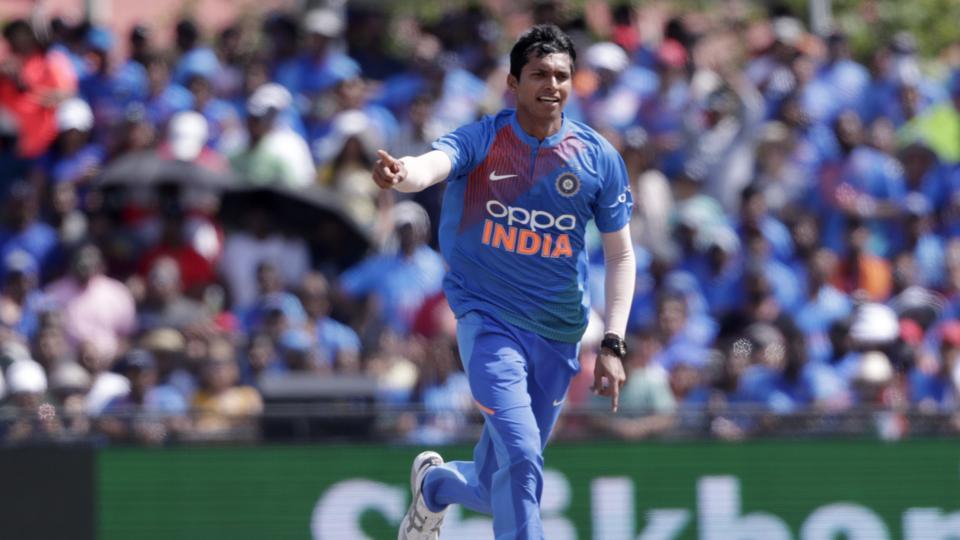 India will be looking to end their one-day international season with a win over West Indies in the third ODI on Wednesday at Port-of-Spain, in turn winning their fourth straight bilateral ODI series in the Caribbean Islands. The first match was abandoned due to rain but Virat Kohli & Co. did not let the opportunity slip by in the second ODI. The team rode on the brilliance of Virat Kohli and Bhuvneshwar Kumar to seal the deal by 59 runs. India may be looking to make a few tweaks in the playing XI, wanting to ensure they do not miss out on the title.

With the series on the line in the decider, here is what we think India’s line-up for the match will look like.

After a great run of form in the ICC World Cup, the Indian vice-captain is yet to hit his straps, although he looked comfortable in the 2nd ODI, Rohit will be gunning to end the season with a big one under his belt.

The heat is well and truly on the southpaw as he has failed to get going on this tour, after making a comeback from injury. His scrappy form in T20 cricket often tends to make people think that Dhawan has struggled in ODIs too but that is not true. He is due for a big score.

Sachin Tendulkar’s record of 49 centuries in ODIs is now within touching distance and Kohli knows he won’t play another ODI till December. He scored his 42nd ODI century in the last match and an encore will be on the Indian captain’s mind for sure.

Rishabh Pant has faced a lot of scrutiny in his short career so far and the current point of discussion is about his batting position. Pant has been trusted by the team management to come in at the crucial No 4 position, as he did in the ICC World Cup semi-final against New Zealand. But there is a school of thought that the flashy nature of his batting isn’t well suited for the position. For now though we expect him to bat where he has been.

The young star has made a comeback to the Indian team on the back of some great performances in domestic circuit and for India A. He grabbed his opportunity with both hands in the last ODI and will look to keep getting important scores under his belt.

He hasn’t got a lot of opportunities and failed to do well in the limited chances he got in the ICC World Cup. Jadhav is expected to retain his slot as he remains untested in the series.

The all-rounder forced his way back into the playing XI on the back of his great fielding and ability to bat down the order and almost took India to the final of the World Cup with gritty knock. He is expected to keep his place in the side ahead of Yuzvendra Chahal.

The left arm wrist spinner is yet to get back to his best after a subdued performance in the World Cup and has a big record in ODIs to look forward to.

The pace spearhead has an enviable record at Port-of-Spain and he will be looking to make yet another splash after a match winning performance in the second ODI. Bhuvneshwar’s performance has been a huge positive for the team.

The paceman has been in the middle of a purple patch and his performances in the ICC World Cup brought him back into the limelight. He was impressive in removing the tail in the last match. Will be expected to provide support to Bhuvi in Jasprit Bumrah’s absence.

After an impressive outing the T20I series, Saini was expected to make his 50-over debut as well. But the team management’s penchant for left arm pacer meant the spot went to Khaleel Ahmed. Saini though should get the nod as his raw pace could come in handy in overcast conditions.