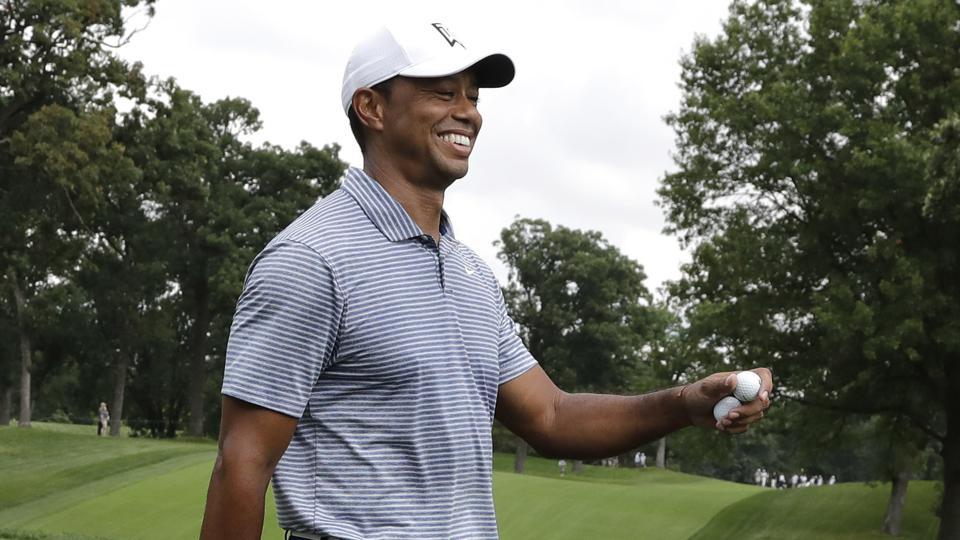 The most important worry for Woods starting Thursday at Medinah in suburban Chicago, seeking his first victory since capturing the Masters in April, is to play his way into next week’s season-ending US PGA Tour Championship in Atlanta.

At 38th in the season points standings, Woods is projected to need a top-11 finish to place well enough to reach the top 30 in points and earn a chance at defending the crown he won last year at East Lake, his first triumph since 2013.

Sixth-ranked Woods raised fears about his physical fitness by withdrawing from last week’s Northern Trust event at Liberty National with his injury, which dropped him out of the top 30.

After playing the front nine in a pro-am Wednesday, hitting full shots for the first time since last week’s exit, Woods only chipped and putted over the back nine, saying he was glad for the extra rest and felt “way better”.

“It was nice to take those days off and I had to just let it calm down and get a bunch of treatment on it, and it feels so much better,” Woods said.

“Played the front nine and played well, which was nice to see, nice to feel. Took the back nine off, chipped and putted quite a bit and it definitely doesn’t feel like it did on Friday, that’s for sure.”

“If it’s not one thing, it’s another. Things just pop up,” Woods said.

“I’m making tweaks and changes trying to play around this back and trying to be explosive and have enough rest time and training time. That has been the biggest challenge of it all.

“The forces have got to go somewhere, and unfortunately when I make any kind of tweaks and changes to my swing, it’s like a new body part is aching.”

The 43-year-old is set to make only his sixth start since Augusta National alongside Taiwan’s C.T. Pan and fellow American Billy Horschel on Thursday afternoon, having played only 13 rounds since donning his fifth green jacket.

The Masters victory capped an amazing comeback for Woods from spinal fusion surgery when it appeared his career might be over.

Instead, he has won 81 career US PGA titles, one shy of matching Sam Snead’s all-time record, and has moved within three of tying the record 18 major wins of Jack Nicklaus.

Woods has tasted success before at Medinah, capturing the 1999 and 2006 PGA Championships on the course as well as five BMW Championships at nearby Cog Hill.

“I’m excited to be back in Chicago,” Woods said. “This is one of the places that I’ve thoroughly enjoyed playing over the years, and this was the area that I made my first cut on the PGA Tour, a long time ago.”

Woods also has an eye on the field as captain of the US Presidents Cup team that will play the non-European Internationals squad at Royal Melbourne this December, with eight qualifying for eight automatic US spots concluding after this weekend.

While Woods is too far back to play his way onto the US squad automatically, he could make himself a captain’s pick.