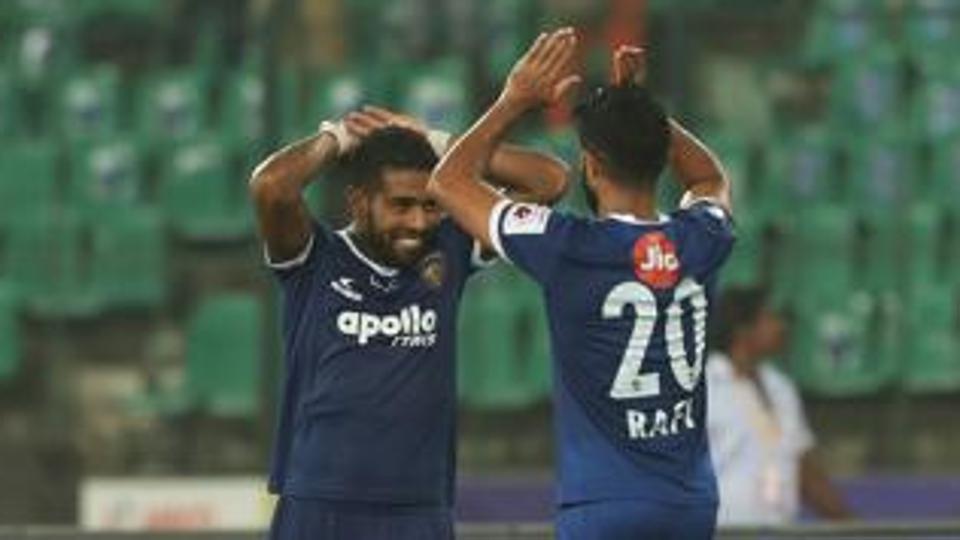 Chennaiyin FC on Friday confirmed the departures of strikers Mohammed Rafi and C.K. Vineeth, and winger Halicharan Narzary from the club. Veteran striker Rafi leaves after having spent two seasons at the club, the first of which saw him lift the Indian Super League (ISL) trophy at the end of the 2017-18 campaign. Vineeth and Halicharan depart following the end of their loan spell from Kerala Blasters FC, having joined in January this year.

Rafi, 37, made a total of 21 appearances for CFC across all competitions, scoring five goals in the process. Fondly called ‘Headmaster Rafi’ for his aerial prowess in front of goal, the Kerala man scored two headed goals for the club in their 2017-18 title-winning season. The second of which was a crucial late equalizer against Jamshedpur FC in a 1-1 draw.

It proved vital, helping the club book a semis berth and subsequently become champions. Much recently, Rafi scored thrice in his last two appearances in the AFC Cup. In what eventually proved to be his last game for CFC, Rafi scored a brace in the 3-2 win over Nepal’s Manang Marshyangdi Club.

31-year-old Vineeth made 17 appearances for CFC and scored four times, twice in the Super Cup and one apiece in the ISL and AFC Cup. His strikes in the Super Cup helped the club reach the final, scoring against Mumbai City FC and ATK in the round-of-16 and semi-finals respectively.

Narzary made three appearances for the club. His time at CFC was unfortunately marred by injury, which kept him sidelined for most of his loan spell.