I Left Watford For China Because Of Money – Odion Ighalo 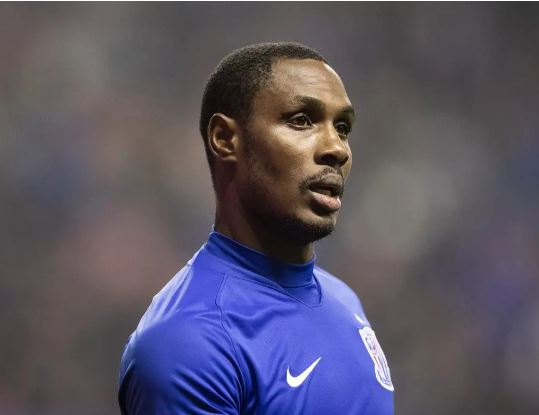 Former Super Eagles striker, Odion Ighalo, has admitted that he left Premier League side, Watford to join Chinese side, Changchun Yatai back in 2017 because of ‘money’.

Ighalo scored 33 goals in 82 matches for Watford during his spell at the English club.

“There’s lot of reasons I went there [China]. I wasn’t playing much in Watford and I did not want to keep sitting on the bench,” Ighalo told the Watford Observer.

“Watford fans don’t know it but I had an offer from Crystal Palace on the table and West Bromwich but the club was looking for big money and that’s why I accepted Changchun Yatai at the time. So, instead of me sitting down there and not playing I had to move.

“When the opportunity came for me I accepted it because China could pay what Watford wanted. But this is past tense now. I am happy and Watford are happy because they made a lot of money with me. And they are still my team in the Premier League.

He added: “The league is really growing, they have a lot of foreign coaches and players who improve the league.

“All I can say is that the Chinese Super League is improving every day and I am very happy about my choice. Regrets? No everything is going well, I am happy there and working hard.”