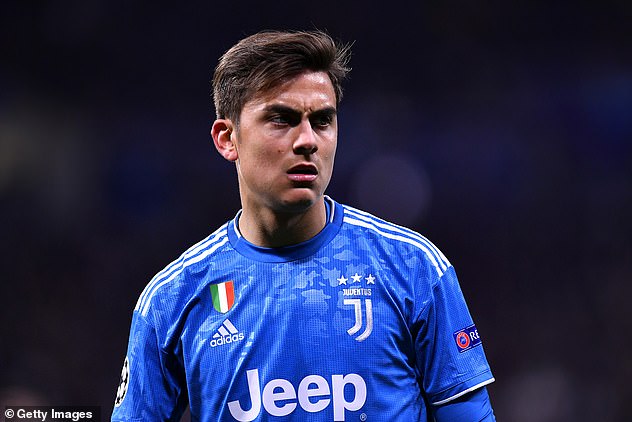 Paulo Dybala has tested positive for the coronavirus for the fourth time in six weeks, according to reports.

The Argentine forward confirmed on March 21 that he and his girlfriend Oriana Sabatini had contracted COVID-19 after his first test.

According to Spanish programme El Chiringuito, Dybala has had four tests since initially contracting the disease and his most recent test has come back positive yet again.

The 26-year-old recently spoke out on his experience fighting the disease and how he was struggling to breathe. However, he has claimed that he is feeling much better and he and his girlfriend are no longer showing symptoms.

‘Luckily [we are] much better, these days we do not have any symptoms,’ said Dybala.

‘I had stronger symptoms, I got tired very quickly, when I wanted to train, I was short of breath after five minutes. There we noticed that something was not right and through the tests the club did we were told that we were positive.

‘From there we had more symptoms, such as cough, tired body and when we slept I felt very cold, but from the club they had told us that we were going to be fine so we had to be calm.’

The news that Dybala is struggling to shake the illness will come as a worry to Italian league officials, who have allowed all Serie A teams to return to training on Monday, May 4.

Italian prime minister Giuseppe Conte announced players would be able to ‘undertake training individually from May 4’ before they’d be allowed to train in groups two weeks later.

He added: ‘We need to complete all the discussions to ensure that if we do reach that stage, we’ll do so in the utmost safety and security.

‘We are passionate about sport and don’t want our athletes to get sick.

‘I’m passionate for football. Like many Italians, I initially found it strange that the championship could be interrupted or suspended but I think that even the most ardent fan understands that there wasn’t an alternative.’