What Happened To Ronaldinho Made Me Sad – Maradona Opens Up 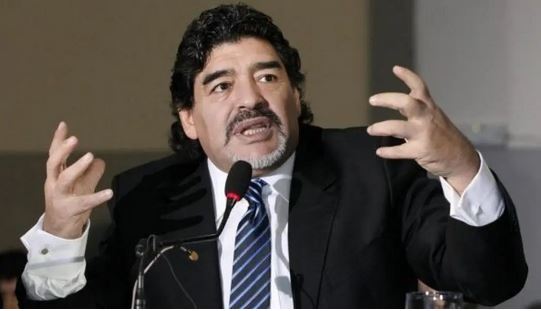 Football icon, Diego Maradona, has said that what happened to Barcelona legend, Ronaldinho, in Paraguay made him sad.

It will be recalled that Ronaldinho and his brother Roberto Assis were arrested in Paraguay in early March, for allegedly using fake documents to enter the country.

Ronaldinho left prison after 32 days when Judge Gustavo Amarilla decided that the former Brazilian international and his brother can live in a hotel in Asuncion, while they await trial on their charges.

But Maradona has now leaped to the defense of Ronaldinho and insisted that the former AC Milan star is not a criminal.

The Argentina legend believes the 40-year-old is innocent, adding that the former attacking midfielder maestro only went to Paraguay to work.

“What happened to Ronaldinho made me sad, he is not a criminal, he only went to work in Paraguay,” Maradona told the Argentine newspaper, El Dia de La Plata.

“His mistake is being an idol; it seems. He is my friend, and I support him to the death.”