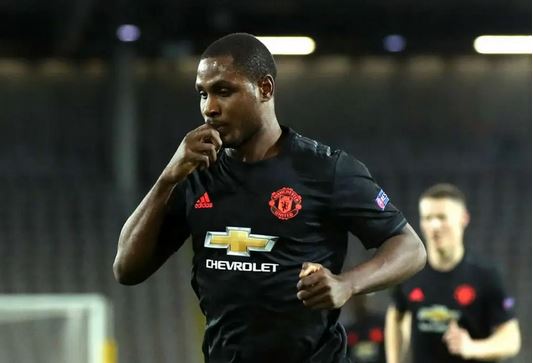 Manchester United striker, Odion Ighalo, has opened up on the real reasons he ended his international career last year.

Ighalo announced he would no longer be available for the Super Eagles, after finishing as top scorer at the 2019 Africa Cup of Nations.

The 30-year-old said he made the decision because injuries were taking a toll on his body as well as the distance from China to Nigeria.

Ighalo also felt there are exciting young players in the national team, that could step up in his absence.

“I got injured in the third place game with Tunisia; in the first half, I pulled my hamstring. I had been having problems on that hamstring even before the tournament.

“I needed to stop because it is too long from China to Nigeria for national team duties. I am not getting young again, and we have a lot of young exciting players coming up. Victor Osimhen doing so well, Iwobi and Chukwueze are there.

“I thought about it, this is the right time for me to leave,” Ighalo told Ghanaian journalist, Nana Aba anamoah via Instagram Live.

Ighalo ranks as the seventh all-time highest goalscorer for Nigeria, with 16 goals in 35 matches.