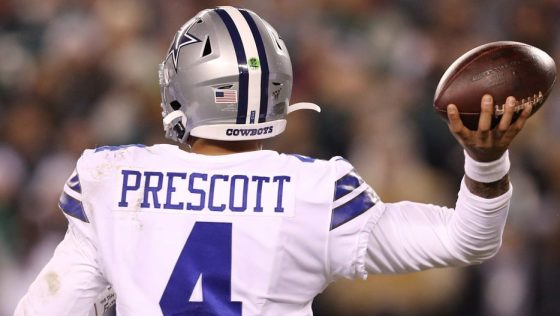 The Cowboys have had chances to get quarterback Dak Prescott signed to a long-term deal. They’ve consistently failed to offer enough to get him to accept. Now, Prescott has more power over the team than ever.

He’ll make $31.4 million this year. Absent a long-term deal after the season, he’ll either become a free agent in 2021 or make $37.68 million under the franchise or transition tag.

Some think the Cowboys won’t tag Dak next year. If they don’t, he’ll be able to pick his next team, unfettered by the Cowboys. That could mean the Jets or the Patriots or the Steelers (if Ben Roethlisberger retires) or the Colts or the Jaguars or the Raiders or Washington or the Bears or the Lions or the Saints or the Panthers or the 49ers. And then the Cowboys would have to find someone else to play quarterback.

Whatever happens, the failure to reach a long-term deal pushes the minute hand much closer to midnight for Dak leaving Dallas. If they tag him in 2021, a long-term offer will need to be good enough to get him to trade in $37.68 million for 2021 and the doomsday option for 2022: more than $45 million under the transition tag, more than $54 million under the franchise tag, or the open market. Whatever that is, it will be a lot more than what it would have taken in 2020.

That could be where it’s heading, with the Cowboys not being able to keep it from happening. And with the Cowboys potentially being required to compete with other teams in order to get Dak signed to a long-term contract.