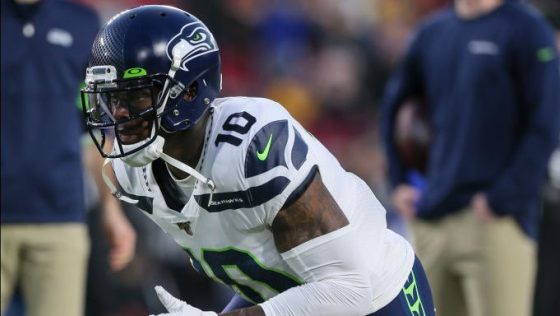 A report last month indicated the Seahawks would have interest in re-signing wide receiver Josh Gordon if he is reinstated by the NFL and head coach Pete Carroll confirmed as much on Monday.

Gordon was playing for the Seahawks when he was suspended by the league for the fifth time in December. The wideout applied for reinstatement from that indefinite suspension in June and will be an unrestricted free agent if the league moves to allow him to return.

Carroll said in a conference call that the Seahawks would have interest in his services if that’s the case.

“It’s not in our hands,” Carroll said, via ESPN.com. “Josh did a really good job with us last year. He fit in really well. He was part of this team by the way we opened and embraced his coming to us but also by the way he adapted. So we are very open to that thought, and we’ll see what happens. I don’t know. I can’t tell you what’s going to happen on that.”

Gordon had seven catches for 139 yards in five games with the team last year. He’s not the only currently suspended wideout on the team’s radar. Carroll said the team is also monitoring Antonio Brown‘s situation after he was suspended for eight games by the league last week.