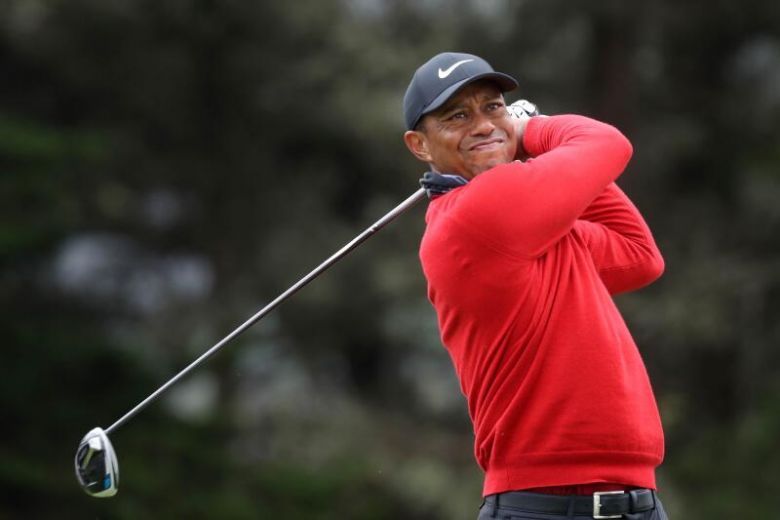 SAN FRANCISCO (AFP) – Tiger Woods delivered a solid closing round on Sunday (Aug 9) at the PGA Championship, firing a three-under 67 to give him some momentum going into an unprecedented hectic phase in the PGA Tour schedule.

Woods needed just 25 putts in the fourth round after taking himself out of contention with a frustrating third round where he said he was unnerved by greens that putted slower than they looked.

So the 15-time major champion lowered his expectations, saying his goal in the fourth round was to match the colour of his final day wardrobe and shoot in the red. His three-under on Sunday got him to a one-under 279 total.

“My irons were a little bit more crisp and I hit better putts,” said Woods. “I made a few early on, and just kind of kept the momentum going.

“It’s something I hadn’t done the last two days, and it was an under par tournament score, which I was saying that’s what I wanted to do. I made it happen today.”

The 44-year-old Woods ended up saving his best round for last. While it was a feel good finish, his play this week wasn’t enough to get back to the top of the leaderboard and an afternoon tee time.

“I fought hard, and today was more indicative of how I could have played on Friday and Saturday if I would have made a few putts early,” he said.

“That’s golf. We lose way more tournaments than we win.

“This is one of those weeks where I didn’t quite make the putts when I needed to, and I missed a couple shots on the wrong sides.

“But overall, I had one three-putt for the week and I had no doubles, and that’s always something that you want to do throughout 72 holes of a major championship.

“Unfortunately I’m not there with a chance this afternoon.” Woods was pleased he was able to grind out a strong finish, even if his game wasn’t quite sharp enough to get him to the winner’s circle at the TPC Harding Park.

Another good sign going forward is that his aching back held up under pressure.

“Overall the body reacted pretty good,” he said. “The best thing to do is stay out of the rough and not have any of those jarring shots.” Woods said the players are still getting used to the condensed schedule and playing tournaments in new times slots.

The PGA Championship was originally scheduled for May 14-17 and this was the week set aside for the Summer Olympic golf tournament in Japan.

“This is unlike any other year that we’ve ever experienced in golf. A lot of unknowns, and it’s very different,” Woods said.

“We never had a schedule like this before. No one has ever experienced this, having a shutdown during the year.

“Trying to figure out how we’re going to deal with the restrictions, the policies that are on board, the adjustments that we’ve made as the Tour has comeback.

“I know that we have a couple weeks off, and a lot of the guys are looking forward to those couple weeks to get ready for Winged Foot (US Open).”