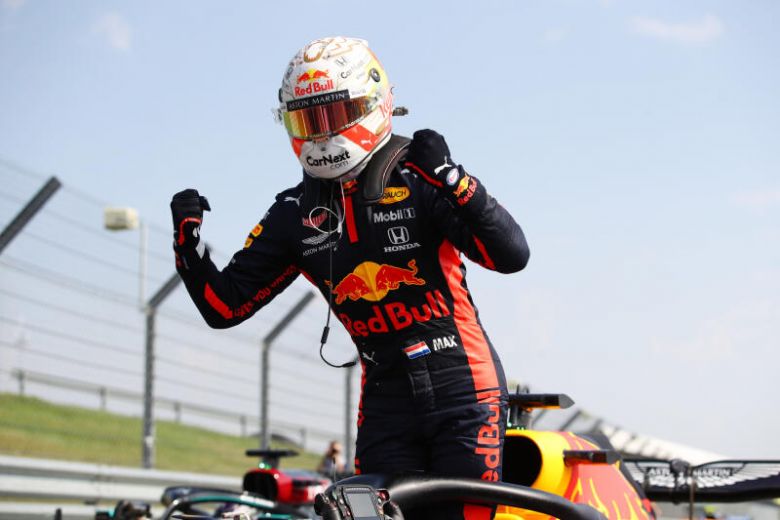 This was Verstappen’s seventh podium finish in eight races in a run over the end of last year and the start of this. His last win came in Brazil in the penultimate race of 2019.

Mercedes had won the first four races of this Covid-19 disrupted season but were left to rue a race and tyre strategy that allowed Dutchman Verstappen, who started fourth, the chance to snatch the chequered flag.

He said: “We had a lot of pace in the car. We kept pushing. We had a great day… we had the right strategy. I tried to put the pressure on [Mercedes] and they had to pit.

“I didn’t see it coming, but after the first stint we seemed really good on tyres and we didn’t have many tyres issues at all.

“It is a great result to win here and I am incredibly happy. We have not had an opportunity to push them so far this season. We need to use soft tyres that seems to suit our car.”

For Mercedes, there was a sense of collective disappointment. Bottas said : “It was very frustrating – starting on pole and finishing third. As a team we were sleeping at some points, Red Bull’s strategy was far better and we have to look at this.

“There was a chance to keep up with Max, but as soon as I pushed the tyres falls apart. When you have those blisters, you lose cornering grip. It is a disappointing day but we will move on.”

Hamilton was equally annoyed despite staying 30 points clear in the championship. He gained an extra point for the fastest lap and also equalled Ferrari great Michael Schumacher’s record of 155 career podium finishes.

He leads the drivers’ standings with 107 points. Verstappen is second on 77 with Bottas dropping to third on 73 points.

Hamilton, the six-time world champion, said: “It was a massive challenge today but congrats to Red Bull and Max, they didn’t have the problems we had. Unexpected to have blistering as hardcore as we experienced. I’m grateful to have progressed like I did. I was pushing pretty heavily.

“The team will be working hard [to identify tyre problems], Pirelli had tyre failures last week, the pressure on them goes up and up and up -they’re like balloons, no. I’m not sure anyone else struggled with blistering like we did but we’ll look into it.

“That middle stint – even the first one, I started to fall back towards Max, I was managing the tyres like you couldn’t believe. I’n the middle stint, one half was bald and the other half was OK. I was afraid it was going to explode.”