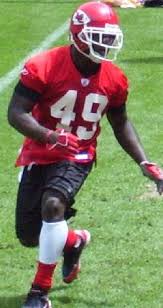 Bernard Pollard isn’t exactly a popular man in New England and hasn’t been since he made the tackle that resulted in Tom Brady’s ACL tear in the 2008 season opener. After his latest comments on the Patriots’ franchise quarterback, it seems that his likeability will continue to decline in the region.

On Monday, the NFL released its top 25 quarterbacks of all-time, and Brady topped the list. The Patriots quarterback has six Super Bowl rings to his name and has long been one of the league’s better passers, so the accolade was certainly deserved.

However, Pollard took to Twitter to criticize the rankings and said that Peyton Manning should be atop the list.

Y’all crazy! Peyton is #1 no doubt! Can’t go by rings. The things he did on two different teams are mind blowing. Tom Brady is clear cut #2. Tom has played in a system that works (no doubt he’s been special), Peyton WAS the system.
— Bernard Pollard Jr (@Crushboy31) July 3, 2019
Manning definitely was one of the greatest quarterbacks in history, and certainly is deserving of his No. 3 overall ranking. However, Pollard’s argument seemingly indicated that Brady benefitted from “a system that works” which is awfully close to calling him a system quarterback.

Brady is a six-time Super Bowl champion, three-time MVP, has a 207-60 regular-season record, is third all-time in touchdown passes with 517, and has the fourth-most passing yards in NFL history (70,514). And Brady has had several offensive coordinators over the years including Josh McDaniels, Bill O’Brien, and Charlie Weis, so he has endured change.

Simply put, numbers like that don’t just come solely from being a part of a system. Brady may have benefitted some from the coaching he has received, but that doesn’t take away from his other accomplishments and No. 1 ranking on the NFL’s list.

Pollard is likely just stirring the pot a little bit and continuing to prove himself to be a rival of the Patriots. But the NFL’s list stands, and they had Brady on top. And that’s all that counts.