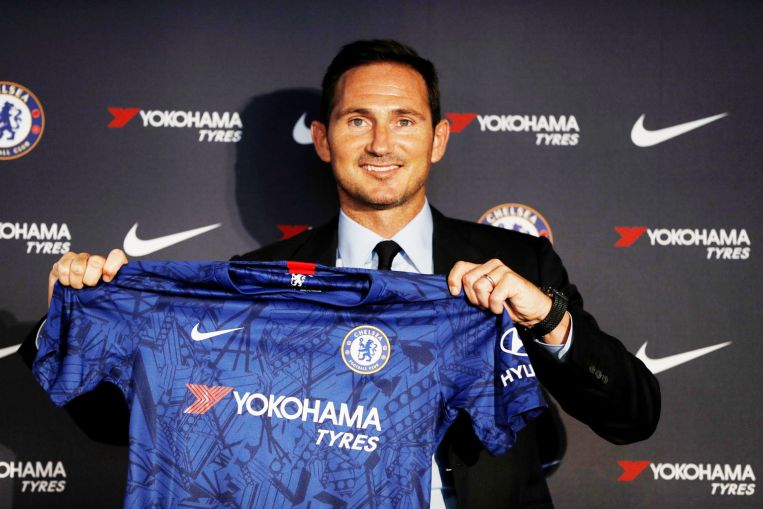 Even for a club legend who is loved by many, it is still a huge task to take over Chelsea just one year into his managerial career.

That was why Frank Lampard took only a brief moment to soak it all in after being appointed on a three-year deal before declaring that he is ready to get down to business.

At his unveiling yesterday, he was asked about his lack of experience as a manager. The former Derby County boss said: “I thought about it a lot. But a job like Chelsea doesn’t come around very often.

“I don’t want to say I am worried. People will question my experience, but I am ready for that.

“What will define me is my work ethic and what I put into it to try to bring success. I am aware of what a job of this size means. I’m a realist. I understand what’s wanted from me and I will try to deliver.”

In response to Sarri’s sour relationship with the Chelsea supporters, owner Roman Abramovich has turned to a fans’ favourite to ease the Blues through what could be a difficult season, with the Premier League club serving a two-window transfer ban from Fifa.

I love this club… Now I don’t want to dwell too much on emotions. We have a lot of work to do to prepare for that first game.

Lampard spent 13 years at Stamford Bridge and became the team’s all-time leading scorer with 211 goals. In that time, the midfielder won three Premier League titles, four FA Cups and two League Cups, as well as the Europa League and the Champions League.

As a manager, he led Derby to the Championship play-off final, which they lost to Aston Villa, in May.

The decision to appoint the 41-year-old is a risky one for both parties, and Lampard could see his burgeoning reputation as a coach burned at a club where no manager has lasted long under Abramovich.

One thing for sure, he knows what the club is all about.

“The reason it was a quick decision (to join Chelsea) is because it’s this club, a club I don’t have to sit here all afternoon and tell you what I feel about them. Having this opportunity is huge,” he said.

“Everyone knows how I feel. I love this club. When I came back, it was surreal. Now I don’t want to dwell too much on emotions. We have a lot of work to do to prepare for that first game (against Manchester United on Aug 11).”

Chelsea said in a statement that Lampard had a “fantastic relationship” with the supporters and he will certainly lift the mood after a fractious season under Sarri, who was often criticised for his eccentric approach and rigid style of play.

Derby allowed Chelsea to speak to Lampard after reportedly agreeing a compensation package of around £4 million (S$6.8 million) to release him from the remaining two years on his contract.

His Chelsea contract is said to be worth about £5.5 million a season.

Chelsea are unlikely to make any new signings and Lampard is therefore expected to oversee a change in policy, concentrated on giving more opportunities to products from the club’s youth academy.

“It’s really important to develop young players and that will be one of my first jobs,” Lampard said.