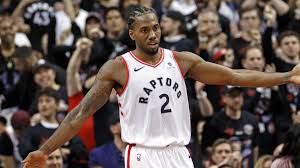 The Los Angeles Clippers may suddenly be your title favorites for the 2019-20 season.

The Clippers have acquired All-Star forward Paul George to team with Kawhi Leonard in an absolute stunner of a trade, according to Adrian Wojnarowski of ESPN. The Thunder have acquired four first-round draft picks, along with Danilo Gallinari and Shai-Gilgeous Alexander in exchange for George.

Sources: Oklahoma City is getting a massive package of future picks, including Shai Gilgeous-Alexander and Danilo Galllinari, to deliver Kawhi Leonard who he wanted to partner with: Paul George. https://t.co/4bGpMNat8K

If you’re wondering how this even came about, all you have to think about is one player — Leonard. The reigning Finals MVP has decided to sign with his hometown Clippers, choosing them over Los Angeles Lakers and Toronto Raptors.

It was Leonard who persuaded George to seek a trade from OKC, which according to Woj, gave the Thunder no choice but to trade the veteran forward to the Clippers.

“After Leonard pushed George to find a way to get to the Clippers, Paul George approached the team and requested a trade, league sources tell ESPN. OKC was left with no choice and made the best out of a difficult situation, per sources.”

The 29-year-old George had spent the past two seasons with the Thunder after spending the first seven years of his career with the Indiana Pacers. George finished third in both the MVP and Defensive Player of the Year voting this past season and posted career highs in scoring, rebounds, and steals in 2018-19.

George will join a playoff-caliber roster as the Clippers pushed the Western Conference Champion Golden State Warriors to six games in the first round of the 2019 NBA playoffs.

The acquisition of both Leonard and George now means that the Clippers — not the Lakers — may be the team to beat in Los Angeles heading into next season.