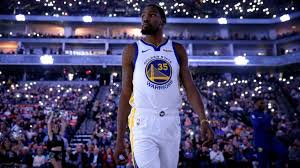 Dwight Howard will be playing for another NBA team next season.

The Washington Wizards have agreed to trade the three-time Defensive Player of the Year and eight-time All-Star to the Memphis Grizzlies for swingman CJ Miles, according to Adrian Wojnarowski of ESPN.

— Adrian Wojnarowski (@wojespn) July 6, 2019
Howard had previously exercised his $5.6 million player option with the Wizards for the 2019-20 season.

Although the Grizzlies reportedly plan on waiving Howard, it also means that he won’t be playing for the Wizards during the 2019-20 season, per CBA rules. Depending upon who Howard signs with, it could mark the seventh team of the 15-year veteran’s NBA career.

The 33-year-old Howard had spent the 2018-19 season with the Wizards, appearing in just nine games before a glute injury ended his season. Howard underwent spinal surgery during the season to alleviate the issue.

The veteran center is one of the most accomplished active NBA players. Howard was considered the best center in the NBA at the start of the decade and despite a rough past few years, he will likely be elected to the Naismith Basketball Hall of Fame after he retires. But the NBA’s shift to perimeter shooting, coupled with injury problems, has negated Howard’s impact in the league over recent years.

It is unclear which teams will be interested in Howard at this moment, but considering he recently showed he can still contribute at a high level when healthy — he averaged 16.6 points and 12.5 rebounds with the Charlotte Hornets during the 2017-18 season — there should be several teams interested in signing Howard as a free agent if he clears waivers.

And hey, considering the Los Angeles Lakers were a potential suitor for Howard last season, maybe they could sign their former starting center to a veteran’s minimum deal.

Crazier things have happened in the NBA.