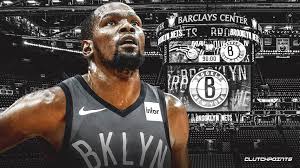 Zion Williamson’s first NBA game didn’t end the way he would have liked.

The first overall draft pick of the 2019 NBA Draft exited for good after the first half of the New Orleans Pelicans’ Summer League game against the New York Knicks on Friday due to knee-to-knee contact.

— New Orleans Pelicans (@PelicansNBA) July 6, 2019
Although Williamson was removed from the game, the injury is reportedly not considered serious. The Pelicans will play their next Las Vegas Summer League game against the Washington Wizards on Saturday before concluding their schedule with two more games.

Zion Williamson took knee to knee hit in first half. Will not return with left knee injury. It’s not expected to be serious but the Pelicans are taking a cautious approach with their #1 pick during this summer league.

— Cassidy Hubbarth (@CassidyHubbarth) July 6, 2019
In the much-anticipated debut game between former Duke teammates, Williamson and RJ Barrett of the New York Knicks, Williamson scored 11 points on 4-of-9 shooting in nine minutes of playing time. However, he registered a team-worst -15 plus/minus rating on the stat sheet.

Considering the Pelicans have high hopes for their first overall pick in addition to the team’s high ceiling with the additions of young stars in Brandon Ingram, Lonzo Bal and Josh Hart along with the veteran addition of J.J. Redick, there is no point in playing Williamson and risking further injury in a meaningless Summer League game.

We’ll keep you updated regarding Williamson’s injury, but the early prognosis is that it doesn’t appear to be serious and he should be able to play before the conclusion of the Pelicans’ summer league schedule. It’s just a matter of whether the Pelicans choose to put him back out there.