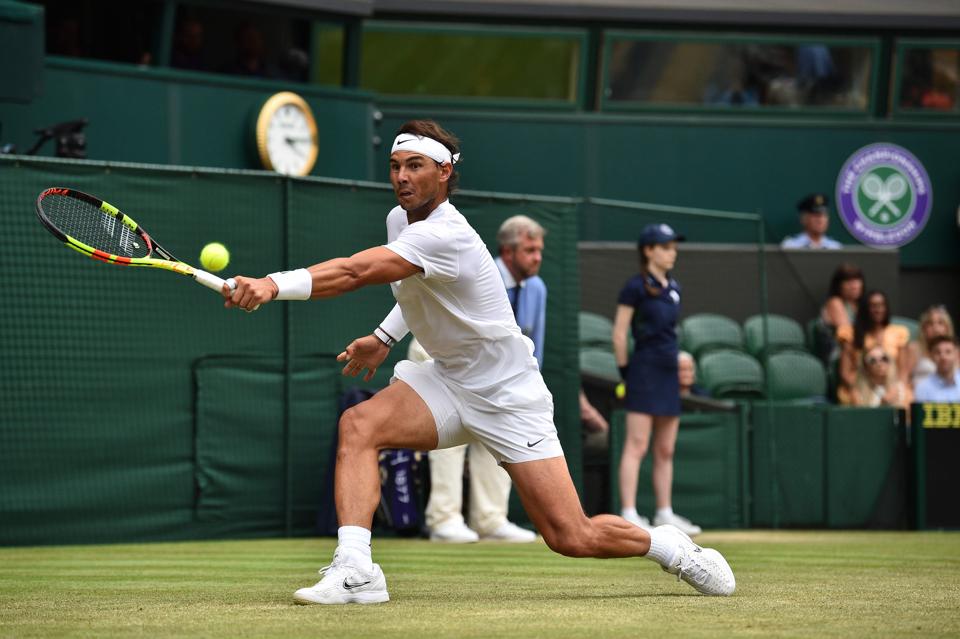 Eight-time champion Federer, four-time winner Djokovic and Nadal, a double champion, all play last 16 ties against opponents who have never before progressed this far.

Federer, the second seed, tackles Italy’s world number 20 Matteo Berrettini in what will be the Swiss great’s record 17th fourth round appearance at the All England Club.

“I don’t know him very well, so that makes it a bit more tricky,” said Federer, chasing a 21st Grand Slam title.

Nadal, the champion in 2008 and 2010, also has an unexpected opponent in the shape of world number 69 Joao Sousa, the first Portuguese player to reach the fourth round at Wimbledon.

Nadal has a 2-0 career advantage over the 30-year-old Sousa, with both wins coming on clay.

“He’s a super dangerous opponent against everybody. He is very quick, has a very good physical performance,” said Nadal, looking to back up his 12th Roland Garros title with a third Wimbledon.

Djokovic insists he will not be complacent about his chances of reaching the final for the sixth time.

The highest seed that the world number one can face before the final is number 15 Milos Raonic, the 2016 runner-up from Canada.

But first up for the defending champion and 16-time major winner is 21-year-old Ugo Humbert from France who is playing in his first Wimbledon.

Until this year, world number 66 Humbert had never played a grass court match either as a junior or professional.

Should Djokovic emerge triumphant, he would face either Belgian 21st seed David Goffin or Spanish veteran Fernando Verdasco in what would be his 11th quarter-final at the tournament.

Raonic, beaten by Andy Murray in the 2016 final, has made the quarter-finals in the last two years.

So far at this Wimbledon, he has fired 59 aces across three rounds and dropped serve just once.

Raonic tackles Argentine 26th seed Guido Pella who has reached the last 16 at a Slam for the first time — at the 20th attempt.

The 29-year-old Pella knocked out last year’s runner-up and fourth seed Kevin Anderson in the third round.

Nishikori recorded his 400th tour victory when he beat Steve Johnson in Saturday’s third round.

In the women’s fourth round, 15-year-old Gauff must overcome former number one Simona Halep.

“I feel like I’ve always been confident in myself,” said 313-ranked qualifier Gauff who shocked five-time champion Venus Williams in the first round.

“I think there’s some 15-year-olds, like me, who wouldn’t know what to do at Wimbledon,” said Williams.

“Then you have a 15-year-old like Coco who knows what to do.” Australia’s world number one Ashleigh Barty looks in ominous form and although she lost on grass on the only previous occasion she played last 16 opponent Alison Riske it was three years ago.

Williams may also be hitting form at the right moment as her win over Julia Goerges on Saturday was by far the most impressive performance of her three matches.

The 37-year-old, who is still tantalisingly one away from equalling Margaret Court’s haul of 24 Grand Slam titles, faces Spaniard Carla Suarez Navarro.

“I just need to keep it up,” said Williams.