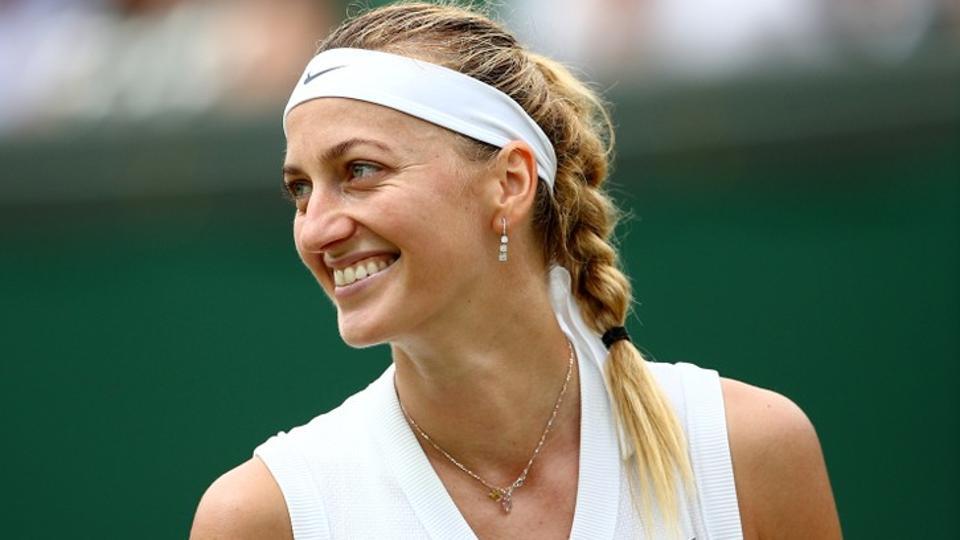 Double Wimbledon champion Petra Kvitova began this year’s tournament with questions over her fitness due to a niggling left forearm injury but the gutsy Czech has cast all doubts aside with a series of ruthless displays to march into the second week.

The 29-year-old missed the French Open and the Birmingham Classic due to the problem but has stormed into the last 16 at Wimbledon for the first time since her 2014 triumph and faces local favourite Johanna Konta on Monday.

“I played aggressive. It was the key. I moved well. From the first point, I felt great… as I mentioned already many times before, the pain can come in the forearm and I have to retire.

“I’m taking it positive that I finished the match with the win. That’s really important. I’m not looking too (far) ahead.”

Kvitova, who returned to professional tennis in 2017 after recovering from severe wounds to her left, playing, hand as she struggled with an intruder in her home the previous year, has managed remarkable results at the All England Club this time despite the latest injury.

She has not dropped a set in three matches, spending only three hours and 34 minutes on court in total.

“Now my mind is more focused on the arm than on the tennis. It’s difficult in the practices before, my arm getting tighter. I couldn’t really hit it,” the sixth seed added.

“I’m always worried about scenarios that come in the match. So far it’s okay. I’m glad I can play without pain.”

Konta, the only remaining Briton in the singles, is overcoming a dip in form that halted her progress last season following her rise to world number four in 2017.

The 28-year-old missed out on her first title of the season by losing finals in Rabat and Rome, before reaching the semi-finals of the French Open.

She defeated American Sloane Stephens 3-6 6-4 6-1 to set up a fifth meeting with Kvitova, who has beaten her three times.

“She’s a two-time Wimbledon champion. Her favourite surface and best surface is grass. I’m going to be coming up against a very inspired and tough Petra,” Konta said.

“Since coming back from that terrible thing that happened with her, she’s playing unbelievable tennis. I’m looking forward to playing a great champion.”