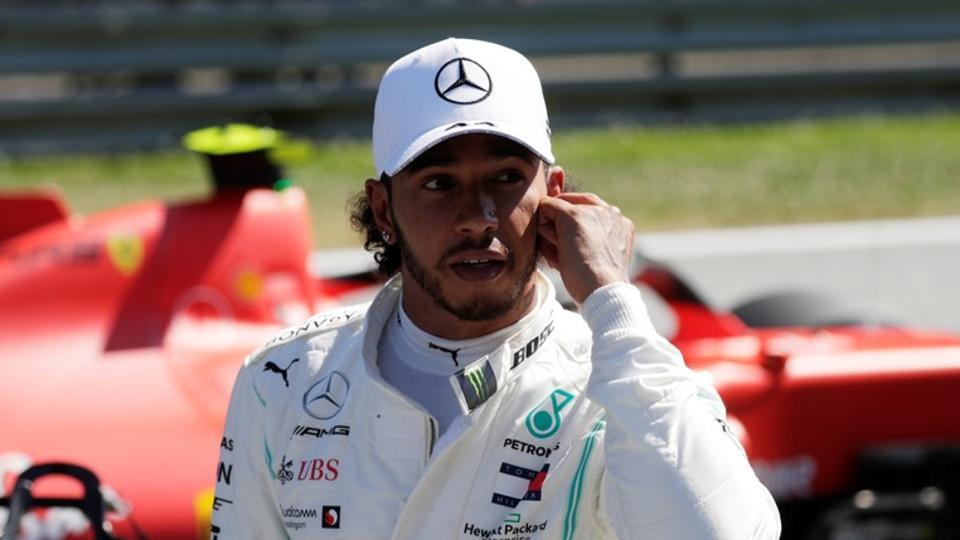 Lewis Hamilton is aiming to bounce back from a rare weekend of disappointment by winning his home British Grand Prix for a record sixth time this weekend — and in front of the biggest crowd at the historic Silverstone circuit in nearly three decades.

After suffering in the heat and rarefied atmosphere of Austria’s Styrian Alps, where he finished a hot-and-bothered fifth two weeks ago, the defending world champion and his Mercedes team are expected to revel in the gentler undulations and wider mix of corners in cooler conditions in central England.

A sixth victory overall and fifth in six years at a track he loves would also be his seventh in 10 races this year and extend his 31-point lead ahead of team-mate Valtteri Bottas in the drivers’ championship.

“This is the race that has become the most anticipated event of the season for me and it is the weekend I always enjoy the most,” said Hamilton, who was quick to celebrate Wednesday’s confirmation of a new five-year contract that will keep the British Grand Prix on the Formula One calendar until 2024.

“Having the support of your country concentrated into one weekend really makes for the most incredible few days. It is difficult to count what you gain from all that positivity — everyone’s energy is priceless.” If he wins, Hamilton will move clear of fellow Briton Jim Clark and Frenchman Alain Prost, with whom he shares the current record of five wins.

After suffering their first defeat after an unprecedented run of eight victories, Mercedes are keen to restore their supremacy in the team’s home event — both the car and engine factories are based close to Silverstone.

“The high temperatures in Austria exposed our vulnerability and meant we could not challenge to win,” said team boss Toto Wolff.

“But, fortunately, the English summer is known for more moderate temperatures so cooling should not be such a major issue.

“We’ve had some of our best performances this year on tracks with a wide range of corner speeds so, on paper, we should be in relatively good form.” His Ferrari counterpart Mattia Binotto played down their chances of a repeat of Sebastian Vettel’s triumph last year, despite their stronger showing in Austria where Charles Leclerc finished second from pole behind the triumphant Max Verstappen of Red Bull.

Four-time world champion Vettel has gone 17 races since last August without a win and lies 76 points adrift of Hamilton in the title race.

Victory in Austria lifted Verstappen ahead of the German and he and Red Bull, based at nearby Milton Keynes, with big local home support, may also be a major threat to Hamilton’s home-coming dream after flying in from Los Angeles.

“Max has been the best in the world, arguably, over the last 12 months,” said his team boss Christian Horner.

“He is the coming man. This sport is crying out for more drivers like Max.” Beyond the top three teams, McLaren will seek to make an impression notably after confirming an unchanged driver line-up, including British rookie Lando Norris, 19, for next year.

Silverstone officials believe the allure of the drivers and an encouraging weather forecast will result in the biggest attendance since the days of ‘Mansell-mania’ in the early 1990s.

Last year’s race-day crowd of 140,500 was the biggest of the season and Silverstone boss Stuart Pringle said he expects that to be beaten.

“This is going to be the largest since Mansell brought people here in their droves in 1992,” he said.

The Silverstone circuit, once a wartime airfield, hosted the first World Championship Grand Prix in 1950 and, along with Italy, has been an ever-present since.

The Italian race at Monza in September is expected to be re-confirmed for the future while events in Vietnam and the Netherlands are set to be part of a refreshed 21-race calendar in 2020.