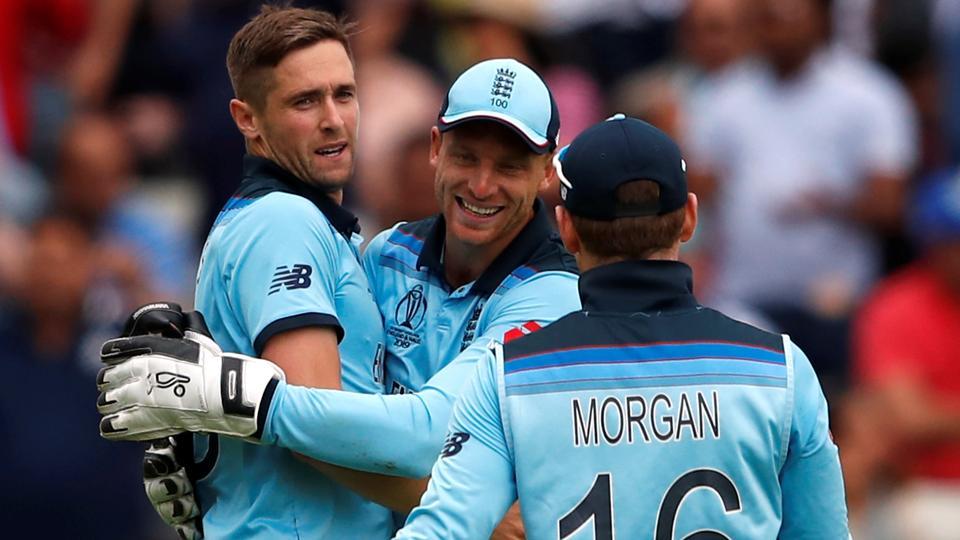 Jofra Archer can be quick. He can be aloof too. After splitting open Alex Carey’s chin, he didn’t immediately run up to the batsman to check on him. Only when Chris Woakes was heading back to his mark after bowling the first ball of the next over did Archer walk up to Carey. It was about timing. Archer knew exactly when the TV won’t be on him. He was worried, but he didn’t want the world to see. It just shows how this England team is truly different. Driven by the dogged ambition of reaching their first World Cup final in 27 years, England were ready to play hard but fair.

This is usually Australia’s play —trying mind games on the opposition, strangling them with raw aggression. But England caught them off guard so quickly that Australia were forced to play catch-up after losing three early wickets. And it all started with Aaron Finch getting dismissed for a golden duck. It was that dreaded in-swing that did him in again. Archer delivered it full, prompting Finch to shuffle across and fall prey to it.

When Woakes squared up Warner with a delivery that climbed on him from length, forcing a half-hearted fend. Jonny Bairstow at second slip did the rest, Edgbaston was up and singing. Soon, Australia were 14/3 after Woakes blasted through Peter Handscomb’s defences. There was still fight left in them. But it came at a price. Steve Smith was made to hop around. For 15 deliveries, he prodded, blocked and fished outside off-stump but couldn’t score.

Carey was more brazen, driving Woakes for a boundary three deliveries after surviving Archer’s hit. They stood together for 103 runs with Carey almost closing on a resolute half-century. But those huge square boundaries came into play when he tried to flick Adil Rashid over deep-midwicket.

Smith dug in. It took a moment of brilliance from Jos Buttler, picking the ball and dismantling the stumps at the non-striker’s end, to finally end his valiant knock. Run out on 85, Smith had provided Australia with some semblance of respect after stitching partnerships of 39 and 51 with Glen Maxwell and Mitchell Starc.

Jason Roy and Jonny Bairstow though made those contributions look paltry by punishing Australia from the first over. Leaning into a crunching cover drive, Bairstow showed he meant business. Here, it meant not allowing any of the Australia bowlers to settle down.

Starc came in for some early stick too. Roy flayed him through the covers, forcing Starc to pull back his length in the next over. Bairstow pounced on it, sending it whistling past point.

Starc then pitched it up and Roy just flicked it off his pads for a six over fine-leg. Bowling two different lines in the same over is often the first signs of cracking. And England were intent on not letting their foot off the pedal.

None of the bowlers were spared. First ball of Nathan Lyon saw Roy deposit it in the stands. Three balls later, he slapped him through backward point for a boundary on the reverse. At one point, Bairstow was trying to distract Behrendorff with a shimmy just before he was about to bowl. Having got a hang of Australia’s bowling, and with an eye on the approaching cloud cover, England set sights on finishing as quickly as possible.

Starc was thrashed for three boundaries, prompting Finch to summon Smith’s leg-break skills. Roy reacted by smoking three consecutive sixes—twice over long-on and one dead straight— to nip that experiment in its first over. Had Bairstow not wasted a review, Roy could have used it to prove he hadn’t got a touch on the Pat Cummins’s short delivery going down leg. But the mood had been set by then. England were cruising.

Eoin Morgan’s transition into Roy’s role looked seamless as Joe Root and he chewed through Australia’s bowling to ensure Sunday witnesses the anointment of a new world champion.