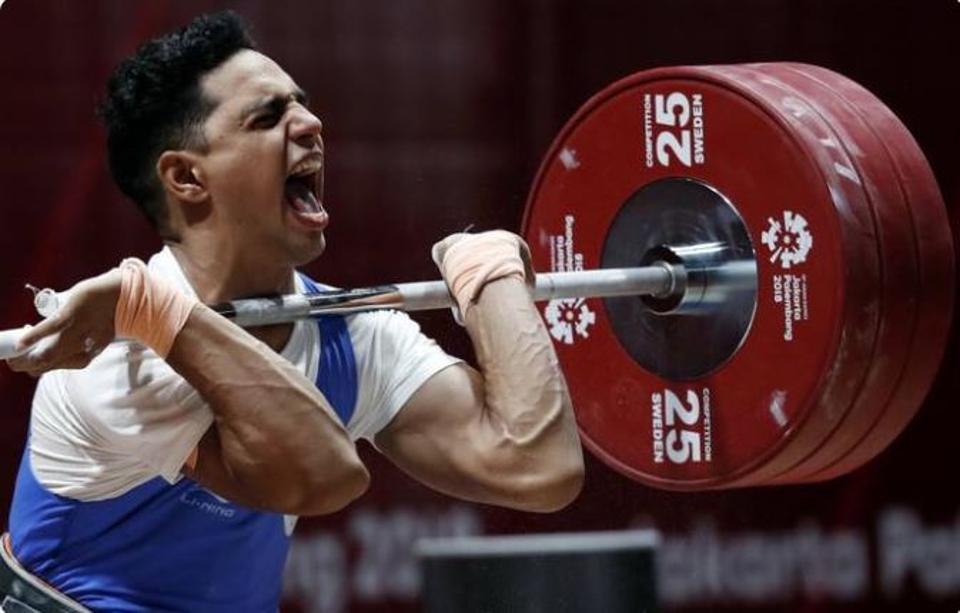 Indian weightlifter Ajay Singh Friday created a new Commonwealth record in the clean and jerk category en route to a gold medal at the Commonwealth Championships on Friday.

The 22-year-old, who is competing in the 81kg category, also smashed the national record in the clean and jerk event by lifting more than double his body weight (190kg) to score vital points at the Olympic qualifying event.

The Asian Youth and Junior Weightlifting Championships bronze medallist had earlier pulled off a clean lift of 148kgs in the snatch event, taking his total to 338kg.

This is also Ajay’s personal best and 18kgs more than his 320kg (142kg+178kg) effort at the Asian Championships held in Ningbo, China in April.

The other Indian in the 81kg category, Papul Changmai finished behind Ajay to clinch the siver medal. Changmai, who had bagged the gold medal in the Senior National Weightlifting Championship in February, lifted a total of 313kgs (135kg+178kg).