LeBron James will keep No. 23 jersey until 2020-21 despite Anthony Davis’ arrival at LA Lakers : Reports 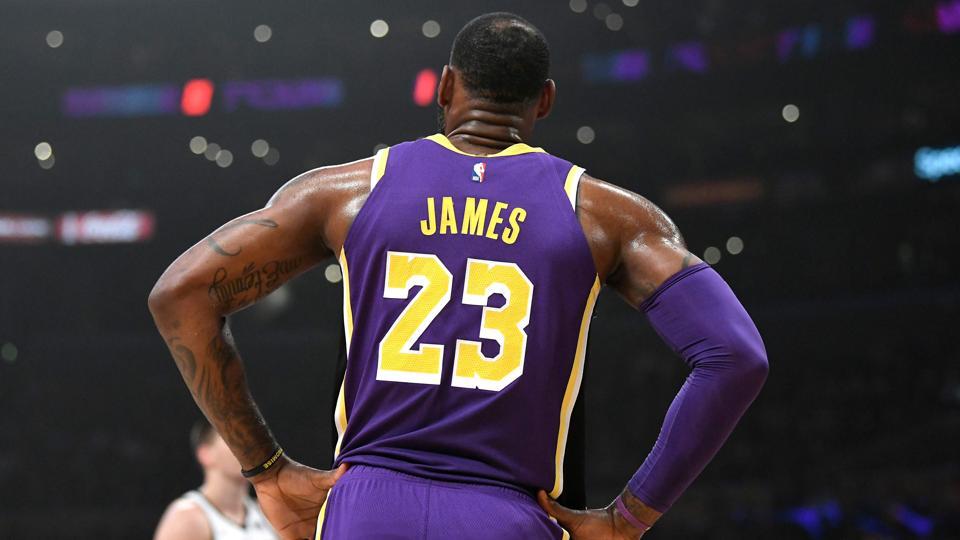 LeBron James won’t be giving his No. 23 jersey to new Los Angeles Lakers teammate Anthony Davis after all, at least not until the 2020-21 season, multiple media outlets reported Friday. According to multiple reports, James did not file an official request to change numbers before the March 15 deadline, and Nike, the league’s official outfitter, preferred not to make an exception due to financial implications.

ESPN reports a jersey number change would have cost Nike “well into the tens of millions of dollars,” based on unused inventory of James No. 23 jerseys already produced.

Yahoo Sports reports James decided to postpone the jersey change, desiring to avoid a distraction and giving consideration to fans who already bought his No. 23.

Yahoo reported in late June that James would give Davis, who arrived via trade from the New Orleans Pelicans, the number Davis has worn dating back to high school. James was expected to take No. 6, which he wore from 2010-14 in Miami between stints wearing No. 23 with the Cleveland Cavaliers.

Now it’s unclear what jersey number Davis, who is set to be officially introduced at a news conference Saturday, will wear this season.