World Cup 2019: India post-mortem – Baffling decisions, some more than others 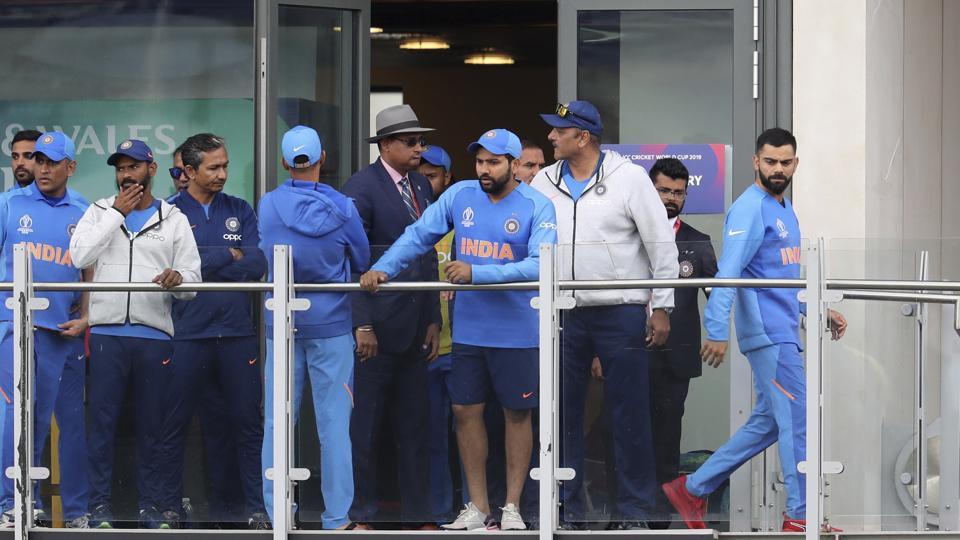 In a silent trail behind their captain Virat Kohli, India’s entire squad (management and all) descended the staircase leading on to the Old Trafford field to shake hands with the celebrating New Zealanders. Palms were met, backs were patted and brave faces were worn. And one didn’t need to be a therapist to know that behind their masks, the Indians were hurting. That they were perhaps in more pain than any other defeated Indian team in the past.

India have lost in the knockout stage of World Cups before. The tears of 1996 (semis to Sri Lanka in Kolkata), 2003 (final to Australia in Johannesburg) and even 2015 (semis to Australia in Sydney) come to mind. But none of those Indias were favourites for the trophy.

Virat Kohli’s batch was. And he will be the first to tell you that this tournament was theirs to lose which they, rather unexpectedly, did.

Kohli was gracious in the press conference, despite being asked several questions of the variety that current cricketers tend to despise from non-cricketers.

“Disappointed with Rishabh Pant’s shot selection?” “What do you think of MS Dhoni’s strike-rate?” Etcetera, etcetera. But the only question that saw him with his guard down was when he was asked to conduct an autopsy. The immediacy of the dejection surfaced as he answered. “I don’t think that I would like to break things down immediately,” he said. “But in time we’ll have to sit down and analyse where we went wrong.”

According to the data-crunchers at CricViz, no team has lost lesser wickets in the first 10 overs since the 2015 World Cup until Wednesday than India. That is another way of saying that India’s top-three is the finest in the world—men who know how to control a game until the middle-overs and almost always one of them continues into the death.

India’s top-order scored 1452 runs in this World Cup, 1577 if you add Shikhar Dhawan’s contribution. But that is only part of the story. This wasn’t the first time India’s famed top three failed in the knockout round. Think of the 2015 semi-final when Dhawan, Sharma and Kohli fell within 15 runs. Or the 2017 Champions Trophy final where India were 33/3 with Sharma, Kohli and Dhawan back in the pavilion. On Wednesday, Sharma, Kohli and KL Rahul aggregated three.

The contribution of India’s top three in those must-win games was 109. Overall in those three tournaments, the top three scored 3378 at an average of 73.

Moreover, teams that win World Cups usually have a contingency plan for days when their key strength fails, and India’s wobbly middle-order was never going to be that safety net on an off-day. And therein lies the rub.

That spot of bother

Some have pointed out that the problem began before the World Cup when the selection committee left out specialist middle-order bats in Ambati Rayudu, Manish Pandey and Shreyas Iyer, going in for utility players (men who could do more than just bat) such as Vijay Shankar and Kedar Jadhav instead.

Continuing that line of thought, it would seem baffling not bringing in one of Rayudu, Pandey and Iyer after Shankar was injured given that the shakiness of the middle-order had by then been exposed by Afghanistan in Southampton.

READ | MS Dhoni showed in World Cup that he still has a lot of cricket left in him: Diana Edulji

And Shankar’s eventual replacement—a top-order batsman in Mayank Agarwal, who hadn’t even made his ODI debut —served no purpose.

Why wasn’t Dhoni sent in earlier?

But the meagre middle-order resources for the semi-final notwithstanding, some of the strategies were hard to understand. Not promoting Dhoni, 38 years in age and 350 ODIs in experience— a made-to-order sponge for a pressure situation—ahead of Rishabh Pant, Dinesh Karthik and Hardik Pandya seems almost blasphemous in hindsight.

Pant and Pandya are tailor-made to make a great start greater. But expecting one or both of them to turn the tide at 5/2 and 24/4 respectively, is akin to asking for the impossible. In their collective attempt to play the waiting game, they ended up allowing the left-arm spinner Mitchell Santner, whose figures were six overs for seven runs at one point, to dominate proceedings.

Then, both Pant and Pandya tried to break the chains Santner had lassoed about them in one go, and both perished.

Asked about their respective batting strategies, Kohli was defensive. “I wasn’t there out in the middle. It is very easy for me to say yes (they could have batted with a bit more aggression). But I don’t know the pace of the wicket at the time, or what the ball is doing,” he said. “So we’ll leave responsibility to the two guys in the middle to make decisions.”

Those decisions taken in the middle evidently weren’t the right ones, for India lost by 18 runs. But New Zealand may not have even scored 239 runs had it not been for the sharp decline in the performance of India’s spin twins, Kuldeep Yadav and Yuzvendra Chahal.

In the lead up to the tournament, Yadav and Chahal were a big reason why India took plenty of wickets in the middle overs of an ODI. It was a factor that contributed hugely to India entering the tournament with the all-round reputation they did. On Tuesday, India took only two wickets between overs 10.1 and 40. Kuldeep, experiencing a slow tournament from the beginning, wasn’t picked for the semi-final and Chahal (whose form started dipping in the second half of the group stage with returns of 0/88 versus England) went for 63 runs against New Zealand, the only Indian with economy rate of over six in the game.

Chahal did pick up the important wicket of Kane Williamson in the middle-overs. But by then Williamson had scored 67 rehabilitating runs, featured in two 60-plus stands with Henry Nicholls and Ross Taylor, and it was evidently too late.