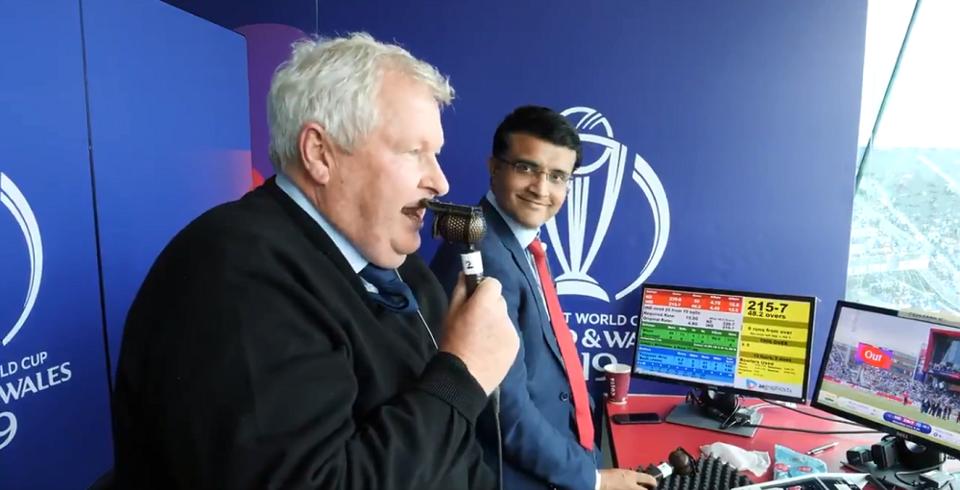 It was heartbreak for India on Wednesday when they lost a nail-biting semi-final to New Zealand at Old Trafford in the World Cup. Chasing 240, Team India lost the match by 18 runs to bow out of the tournament despite valiant knocks from Ravindra Jadeja and MS Dhoni. Indians were heavy favourites to reach the finals but the Kiwis surprised them with an excellent spell of fast bowling from Trent Boult and Matt Henry.

India needed 31 off 12 balls and MS Dhoni was on strike. But after hitting the first ball for a six, Dhoni headed back to the pavilion courtesy an excellent pick up and throw from Martin Guptill. Emotions were running high during the closing stages as the Indians fans prayed for their team to make it to the last two. But Dhoni’s dismissal basically blew any chance that India had of reaching the final and it left several fans disappointed.

During the last two overs, Former international players Ian Smith and Sourav Ganguly were in the commentary box. ICC subsequently posted a video of Smith and Ganguly in the commentary booth, giving their view on the high-octane game. Smith’s commentary in particular was lauded by the fans as his emotions captured the imagination of the viewers. Words won’t be able to properly describe the excellent piece of work Smith put in during the last two overs, so you should see the video for yourself:- 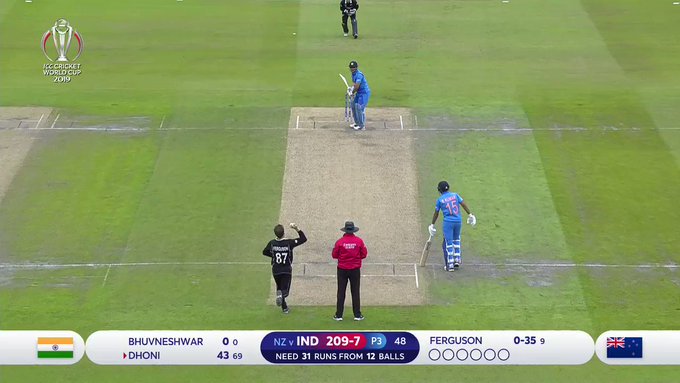 and listen to this

Ian Smith at his passionate, riveting best, calling the final moments of #INDvNZ

New Zealand reached their second successive World Cup final by beating India. Despite a mediocre score on board, the likes of Henry, Boult, Lockie Ferguson and Mitchell Santner tightened the noose around the Indian batsmen and made them work for every run. If it wasn’t for Jadeja and Dhoni’s fifty then India would have lost the match long ago.

Now a new cricket world champion will emerge as the Kane Williamson-led side will face hosts England in the final on 14th July (Sunday) at Lord’s.