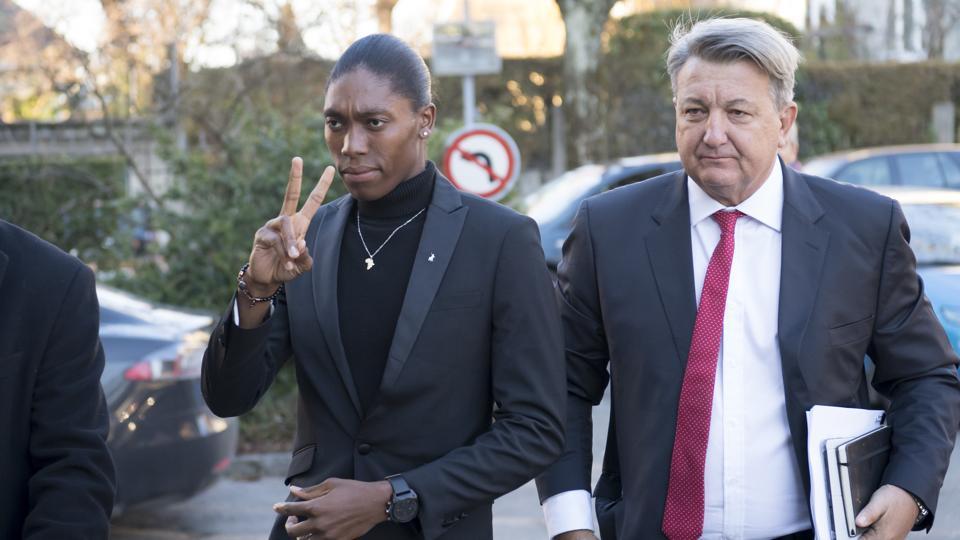 Caster Semenya’s battle with world athletics’ governing body over testosterone-curbing regulations for female athletes will likely have long-lasting ramifications for gender definition in sport as a whole. The South African, a two-time Olympic 800m gold medallist, is locked in a bitter dispute with the International Association of Athletics Federations (IAAF), and both parties are awaiting a ruling from Switzerland’s supreme court on Semenya’s appeal against the regulations.

Semenya is classified a woman, was raised as a woman and races as a woman.

But for the IAAF, women like Semenya, with certain masculine attributes due to differences of sexual development (DSD), are classified, biologically, as men. It is a position hotly contested by South African officials.

The IAAF, seeking “to ensure fair competition for all women”, argues that DSD athletes, like Semenya, born with the “46 XY” chromosome rather than the XX chromosome most females have, would have an advantage in all events based on their levels of testosterone that are in the male range.

“Does the IAAF have the legitimacy to define the sex of somebody, to question that person’s civil state?” asks anthropologist Philippe Liotard, an expert in discrimination in sport.

“This ruling is judging the identity of that person.” In the build-up to the 2009 world championships in Berlin, where Semenya went on to win gold in the 800m, the South African had to undergo gender verification testing to confirm her eligibility to compete in the women’s category.

She was subsequently put on medication to reduce her testosterone levels, spending six months sidelined by the IAAF.

“The IAAF used me in the past as a human guinea pig to experiment with how the medication they required me to take would affect my testosterone levels,” Semenya said last month.

Sociologist Beatrice Barbusse, a specialist in sexism in sport, added: “Sport has been built on this dichotomy between men and women on a binary concept of sexes.

“There’s not a biological split between men and women but a continuity because there are people like Caster Semenya, who find themselves in neither camp.

“You can only imagine in 50 years when we’ve reached a sufficiently raised societal level to accept that there’s no longer a compulsory categorisation of sex.

“This affair could completely shake up the organisation of sport in the future.” World sport’s highest court, the Court of Arbitration for Sport (CAS), found that the new regulations “were a necessary, reasonable and proportionate means of achieving the IAAF’s legitimate objective of fair and meaningful competition in female athletics”.

Regulations have contested basis – While the IAAF has been at the forefront at curbing the supposed advantage of DSD athletes, the International Olympic Committee (IOC) has set up a group of experts to look into the matter.

The IAAF has based its new regulations on a study which has since been highly contested.

Published in July 2017 in the British Journal of Sport Medicine, the study of doctors Stephane Bermon and Pierre-Yves Garnier is based around data from testing female athletes between the 2011 and 2013 World Athletics Championships.

By comparing the results of female athletes with the highest concentrations of testosterone with those with the lowest level, the study concluded that the women with a high level of the hormone had a significant advantage in track events ranging from the 400m to the 800m, as well as the pole vault and hammer throw.

The results were strongly contested in some quarters. The IAAF admitted some errors and in 2018 published a new peer-reviewed report which it said “confirms with a different statistical method the main findings of the 2017 paper”.

To reduce overly high levels of testosterone, the IAAF suggest the female athletes concerned either take a daily oral contraceptive, hormone-reducing drugs or, more radically, a gonadectomy — an operation in which testes are removed.

But is it possible to force people who are not ill to take medication which could cause secondary effects? No, according to the World Medical Association (WMA), which called on doctors to shun the IAAF regulations which it said “would constrain the athletes concerned to take unjustified medication, not based on medical need”.