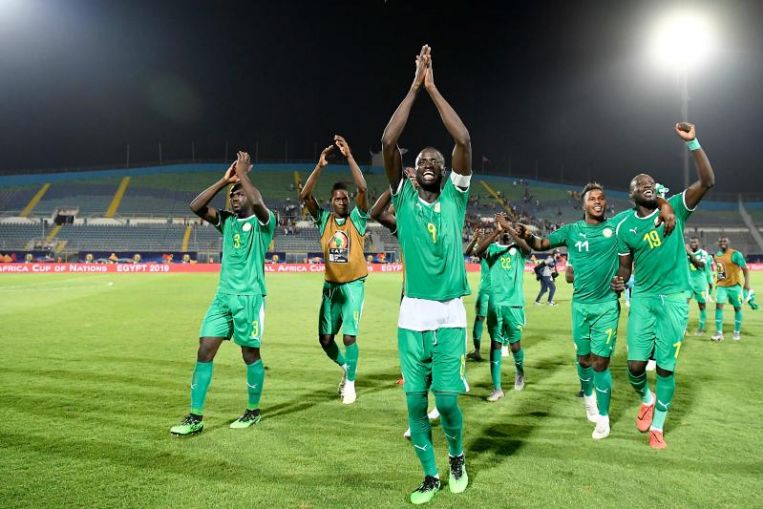 CAIRO (REUTERS) – A bizarre own goal in extra time handed Senegal a 1-0 victory over Tunisia in the drama-filled first of Sunday’s (July 14) Africa Cup of Nations semi-finals, securing them a place against either Algeria or Nigeria in Friday’s decider.

A horrific mistake by goalkeeper Moez Hassen in the 100th minute saw the ball bounce off the head of defender Dylan Bronn and into the net for the only goal of a game in which both teams had second-half penalties saved.

Hassen came flying off his goal-line to try to cut off a freekick from the right flank but completely missed the ball which then hit the unfortunate Bronn on the head.

Both teams had a chance to settle the result in the second half at the 30 June Stadium but squandered spot kicks.

Tunisia will feel aggrieved after referee Bamlak Tessema changed a decision to award them another penalty after consulting the Video Assistant Referee with seven minutes left of extra time.

Senegal captain Cheikhou Kouyate headed clear a freekick on to the arm of team mate Idrissa Gana Gueye in the Senegal box but, after consulting VAR, the referee decided Gana Gueye’s arm was not moving and changed his mind.

The first half was dominated by Senegal, with Youssouf Sabaly hitting the post and Sadio Mane rounding Hassen but stumbling as he tried to convert from a difficult angle and missing the target.

In the 73rd minute a stinging effort from Ferjani Sassi was blocked by Senegal centre back Kalidou Koulibaly, turning his back as he slid into the path of the shot which struck him on his elbow.

The referee awarded a controversial penalty and also booked the Napoli centre back, now suspended for the final.

But Sassi hesitated as he stepped up to take the kick and hit a tame effort right into Gomis’s hands, throwing away a golden chance with 15 minutes left to play.

After Mane had missed two earlier in the tournament, Henri Saivet took over penalty duties, hammering a strong shot to the corner only to be denied by a left-handed save from Hassen.

Senegal are seeking their first Cup of Nations title, 17 years after their only previous appearance in the final.