‘It’s important to look into the future,’ Gautam Gambhir wants MS Dhoni to make way for youngsters like Rishabh Pant and Sanju Samson 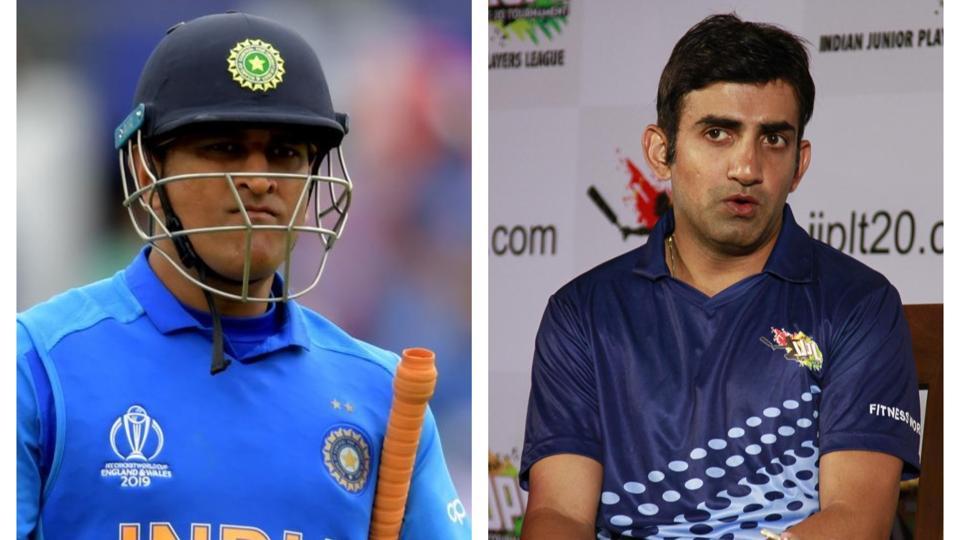 Team India’s exit in semi-finals of the 2019 ICC World Cup has opened up a plethora of questions. The contentious debate over the no. 4 spot in the Indian team has dominated the headlines with the selectors being criticized for not keeping faith in several players. After India’s ouster at the hands of New Zealand, the role of MS Dhoni in the team has also come under the microscope.

India is going to name the squad for the tour of West Indies on Sunday with speculation rife that Dhoni might announce his retirement. Before the announcement, former India opener Gautam Gambhir has given his verdict regarding the future of Dhoni in the Indian squad.

Gambhir believes that its time to brood youngsters into the team, looking forward to the World Cup in 2023. Gambhir cited the example Dhoni, who had phased out players like Virender Sehwag, Gambhir and Sachin Tendulkar before the CB Series in Australia. Gambhir highlighted the names of three young wicket-keepers, who should be given a chance in the Indian team as he wants the Men in Blue to look forward to the future.

“India now have a chance to give opportunities to youngsters. Be it Rishabh Pant, Sanju Samson, Ishan Kishan or any other wicketkeeper, whoever is believed to have the potential should be made the wicket-keeper. Give him chances for one and half-years and if he doesn’t perform, then others should be tried out as well. Then one would get to know who the keeper for the next World Cup is,” Gambhir told TV9 Bharatvarsh.

Gambhir went on to talk about the circumstances before the CB series in Australia where Dhoni wanted to oust Sehwag, Gambhir and Sachin as the grounds were bigger.

‘It’s important to look into the future. And when Dhoni was the captain, he invested in the future. I remember Dhoni saying in Australia that me, Sachin and Sehwag can’t play the CB series (in Australia) together as the grounds were big. He thought young players were needed for the next World Cup. It’s necessary to take practical decisions than being emotional,’ Gambhir added.

India will travel to West Indies to play a series consisting 3 T20Is and as many ODIs that starts on August 3. It has been speculated Dhoni might not be picked for the series.