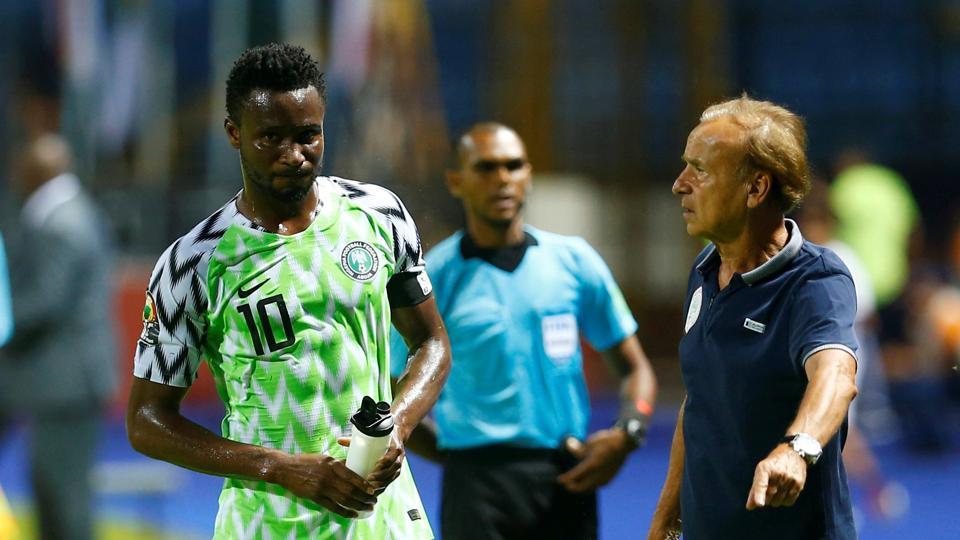 Nigeria captain John Obi Mikel on Thursday called time on his international football career after helping the Super Eagles to third place at the Africa Cup of Nations. “At the age of 32 it’s time for me to retire from the national team and let the youth take over, who’ve done an amazing job securing a bronze medal at AFCON 2019,” the former Chelsea midfielder announced on social media.

“Egypt is a country where I’ve started and have finished my national career. In 2006 I played my first official championship for my country.

“The 2019 African Cup of Nations marks my last championship for national team with Super Eagles.”

READ | Senegal buzzing ahead of Africa Cup of Nations final

Mikel won 89 caps and scored six goals between 2005 and 2019 for the Super Eagles during which he won a winners’ medal at the 2013 Africa Cup in South Africa.

He also led Nigeria to win a bronze medal at the 2016 Rio Olympics in Brazil as one of the over-aged players.

He was absent in the qualifying tournament for this year’s Africa Cup in Egypt soon after the 2018 World Cup, but returned for the tournament proper, where he featured in two matches before he was sidelined by a knee injury.

He signed for Turkish club Trabzonspor as a free agent after he failed to win promotion to the Premier League with English Championship outfit Middlesbrough during the past season.