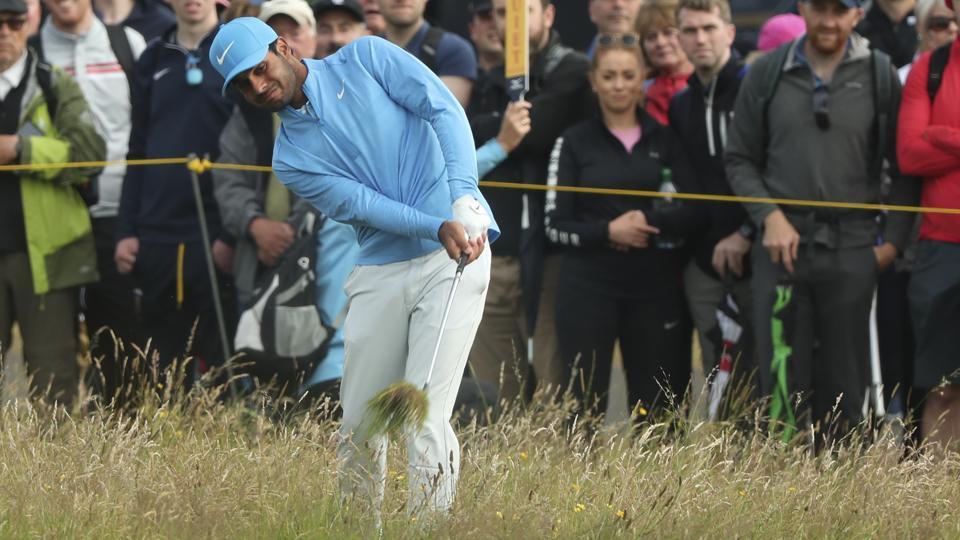 Indian golfer Shubhankar Sharma equalled his best performance in a Major, signing off tied 51st at the 148th Open Championships in Portrush.

Sharma sunk a 45-foot birdie on the final hole to savour a career-best round of 68 at the Majors on the final day which took his total to three-over 287.

The only other time he made the cut in a Major was at the 2018 Open at Carnoustie, where also he finished T-51.

“I am not used to doing much on my birthdays but the last two birthdays have been at The Open and they have been very special. I was in a restaurant last year and everyone there just stood up and sang happy birthday for me. And today, I couldn’t have asked for a better finish,” said the Indian.

“It was quite special as the crowd, which was great through the week, sang that (birthday song) and I must admit it felt good. Hope I gave them something back with that birdie on 18th,” said Sharma.

“It was easily the best round of the week, and but for those six holes at the start of the back nine on Saturday, I think I played very well.”

On being asked what his mindset was after the 77 on Saturday, “I was just trying to erase the memories from yesterday. There was nothing wrong with the game. It was just my mind, which had gone off yesterday in the back nine and I just couldn’t see a starting line off the tee. You can’t afford to do that especially on this back nine. It’s not easy. It’s very penal. I knew there was nothing wrong. It was just a mental thing.”

The stretch of six holes, between 11th and 15th cost Sharma seven shots – three doubles, two bogeys against one birdie.

As for the final round, he said, “There was no expectation to be honest. I was happy going out early because the weather seems to be getting pretty bad now. I just wanted to post a decent score, and I think I did that.”

Ireland’s Shane Lowry held his own in rough weather to lift the Claret Jug with a stunning six-shot win, thus giving Irish fans a memorable Open, which made its return to the Island after a gap of 68 years.

Tommy Fleetwood’s 74 in the final round for a total of nine-under 275 gave him the second position, while Tony Finau, one of the very few players who started in the afternoon to shoot par or better, carded 71 to be seven-under 277 and third for his best finish in a Major.