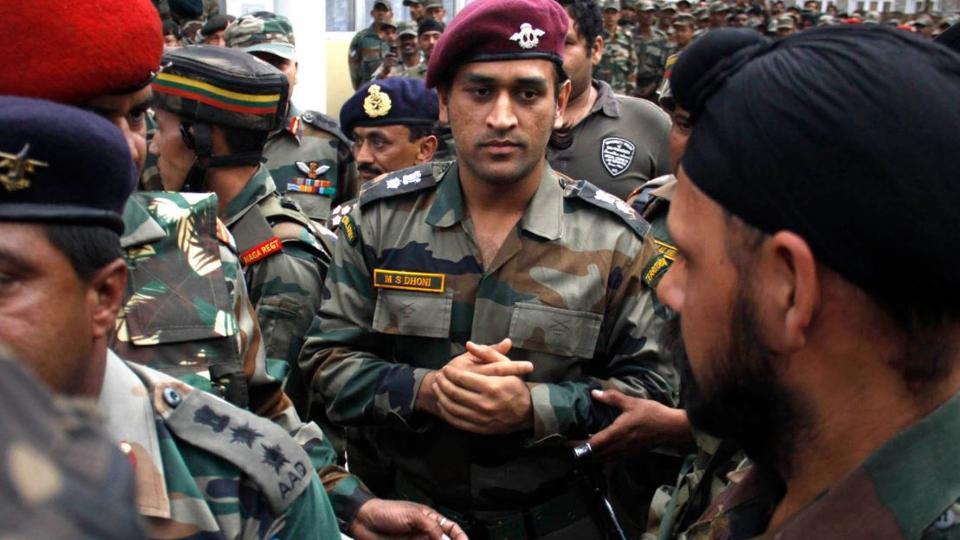 MS Dhoni will serve the Indian army in Kashmir and will undertake the duties of patrolling, guard and post duty for about 15 days, the Indian Army said in a statement on Thursday.

Dhoni, who made himself unavailable for the West Indies series to serve his regiment, will formally join his duty in Kashmir on July 31. The former India captain will stay with the army till August 15, the army said in a statement.

“Lieutenant Colonel (Honorary) MS Dhoni is proceeding to 106 Territorial Army Battalion (Para) for being with the Battalion from 31 Jul-15 Aug 2019,” the statement said.

“As requested by the officer and approved by Army Headquarters; he will be taking on the duties of patrolling, guard and post duty and would be staying with troops,” the statement said.

The 38-year-old holds the honorary rank of Lieutenant Colonel in the Territorial Army unit of the Parachute Regiment (106 Para TA battalion).

The honour was accorded to him by the Indian Army in 2011. Dhoni was given this honour along with Abhinav Bindra and Deepak Rao.

In 2015, the Ranchi lad became a qualified paratrooper after having completed five parachute training jumps from Indian Army aircrafts in the Agra training camp.

Earlier, the veteran wicketkeeper-batsman had made himself unavailable for the West Indies tour where India will be playing three T20Is, three ODIs and two Test matches beginning August 3.

Ever since the culmination of World Cup in the UK where India reached the semi-finals, speculations have been rife about Dhoni’s retirement, but the team management has asked him to hang around as they groom Rishabh Pant with an eye on the 2020 World T20 in Australia.

Shoaib Akhtar wants Sarfaraz Ahmed to step down, names his pick as new Pakistan captain
‘I believe in horses for courses’: Vinod Kambli disagrees with Sourav Ganguly’s ‘same players in all formats’ idea