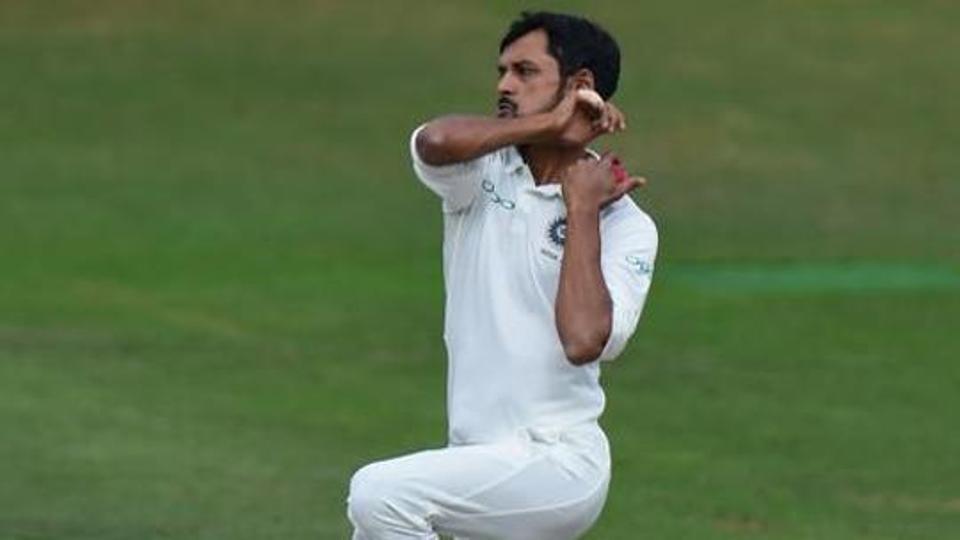 Left-arm spinner Shahbaz Nadeem took a five-wicket haul for the second time in the match to put India A on the cusp of a big win over West Indies A in the first unofficial Test.

Nadeem’s effort of five for 47 in 21 overs helped India A bowl out the hosts for 180 in their second innings after they were comfortably placed at 159 for three on day three of the four-day game here on Friday.

Pacer Mohammad Siraj ran through the lower-order with a three-wicket burst.

Chasing a meagre 97 for victory, India A were 29 for one in their second innings with Priyank Panchal (5) the batsman to be dismissed. Abhimanyu Easwaran was batting on 23 off 32 balls at the other end with India A needing another 68 runs for the win.

India A, who resumed the day at 299 for eight in their first innings, went on to make 312 in 104.3 overs with wicketkeeper Wriddhiman Saha (66) the last man to get out, marking a successful return with both bat and gloves following a long injury layoff.

West Indies A, who conceded an 84-run first innings lead, were steady in their second essay after the loss of openers Montcin Hodge (36) and Jeremy Solozano (11) at 51 for two.

Captain Shamarh Brooks (53) and Roston Chase (32) shared a 79-run stand for the third wicket but the collapse began with the fall of the skipper at 159 for four. The batsmen struggled to cope up with the guile and accuracy of Nadeem who have been knocking on the doors of the Indian Test team with consistent performances in domestic cricket over the years.